An internship with a Buderim-based trading company has helped USC international student Marc Stockreisser launch his career as a commodity trader while still at university.

The 22-year-old Business student from Switzerland has started working full time for Ryan Marketing Group (RMG), which specialises in supplying meat and smallgoods to domestic and international markets.

Marc, who first came to USC in 2014 to complete an English course, gained the job after completing an internship with RMG during his studies. He is now responsible for arranging the supply of meat from producers through to clients such as major supermarkets and smallgoods producers.

Marc said he was delighted to put his knowledge and skills from his Bachelor of Business (International Business Management) into practice before he had even completed his degree.

“My job involves finding major producers of food commodities, buying their products, and selling them on to wholesalers and retailers,” he said.

“The company has started to export to a number of places, so it’s a great time to be here. It’s one of the best jobs I could have hoped for.”

Now preparing to complete his final semester of study at USC, Marc said he was keen to establish his career on the Sunshine Coast.

“I’ve had a great experience studying at USC, I’ve made some great friends and I feel like there’s so much left to see in Australia,” he said.

“With USC being a smaller university, I’ve found the tutors and lecturers to be really open and willing to help if needed. It’s certainly opened a lot of doors for me.” 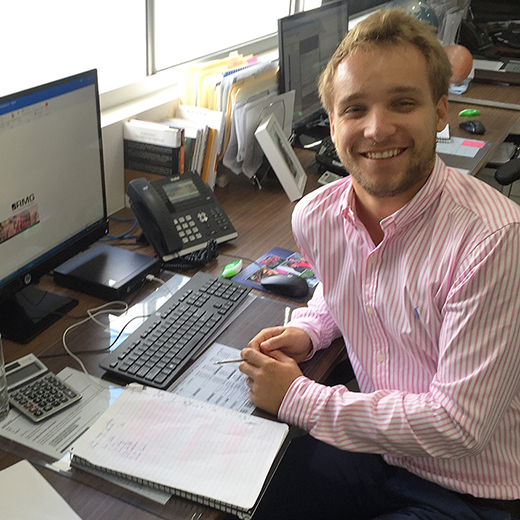