Barman has thirst for academic success at USC - University of the Sunshine Coast, Queensland, Australia

Barman has thirst for academic success at USC

After almost 30 years working in hospitality, including roles at prestigious international hotels and world-famous events, Hervey Bay’s Peter Soares is soaking up the mental challenges of tertiary study as he completes a Commerce degree at USC.

The 50-year-old assistant manager at a Fraser Coast tavern is one of almost 50 students enrolled at USC Fraser Coast who are aged over 40, part of a growing national trend of older students engaging in higher education.

“In the second half of my life I am determined to prove something to myself by gaining a degree,” Mr Soares said.

He hoped his journey would inspire other middle-aged adults to consider university as a pathway to take their careers in a new direction, or to gain or expand their skill sets.

As a young man, Mr Soares said a desire to travel after completing a diploma in catering and hotel services in 1986 led to managerial jobs in restaurants and hotels in New Zealand, Britain and Australia.

His resume includes back-of-house manager at London’s five-star Mayfair Inter-Continental and running catering teams at major events such as the British Open, the Henley Rowing Regatta and Cheltenham Festival.

“Now I am passionate about obtaining new skills and I committed to spending the next stage of my life embracing the challenges of tertiary study.”

The high-achieving student, who is majoring in Marketing and Accounting, said he had found studying at USC Fraser Coast to be a self-validating experience.

“With a degree, you gain a skill set that is valued and recognised,” he said. “I hope to continue to Honours to prove that anything is possible when you want it badly enough.

“My message to others of my vintage is to challenge yourself and don’t accept that it is too late. Just start something and you might be surprised where the journey will take you.”

A motivating factor was his father, Alan Soares, a counselling psychologist and university lecturer who was the founding member of the Queensland Drug and Alcohol Foundation.

“He valued education and instilled those values in me, which I am now instilling in my children.”

Lecturer in Marketing at USC Fraser Coast Dr Rory Mulcahy said Mr Soares’s dedication and results demonstrated that there was no age limit to taking steps towards attaining university qualifications. 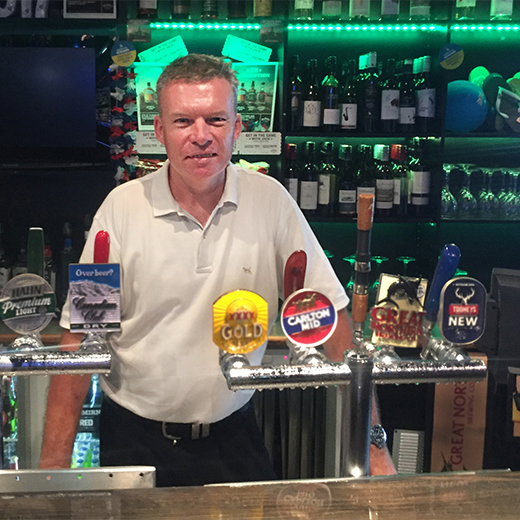