Tyson Blair has launched into the world of big business after graduating from USC, landing a role with multinational insurance broker Jardine Lloyd Thompson (JLT).

Following his completion of a combined Business and Science degree last year, the 23-year-old Beerwah resident was offered one of just five graduate positions Australia-wide with JLT, which has offices in more than 40 countries.

Tyson recently completed a week-long induction at the company’s national headquarters in Sydney, where he met with the company’s executive members, and is now working in Brisbane in a data analytics role.

The former Beerwah State High School student, who is also a volunteer rural firefighter, said he was delighted to have gained such a competitive position straight out of university.

“JLT is a multinational company with some huge corporate clients, so it’s a fantastic opportunity to have been awarded a graduate position here,” he said.

“This position in data analytics is perfect for me because I’ll be using a lot of statistical skills I learnt in my Science degree at USC, but in a business setting.

“My role is focused on tracking trends in the public sector, and I’m really looking forward to progressing in the company.”

Tyson said the knowledge and confidence he had built throughout his time at university had helped him win his first professional position.

“I really enjoyed the one-on-one attention that the lecturers and tutors give at USC,” he said. “I developed some incredible relationships with students and staff, particularly in the last couple of years.

“I think the standard of education at USC is second to none, and it just goes to show you don’t need to go to uni in a big city to get a great job or a great career.”

USC Associate Lecturer Dericka Frost said Tyson’s success came down to his hard work and commitment to developing his business skills and knowledge.

“From his first days at university, Tyson really listened and took on board advice,” she said. “I think the personal approach we take to teaching at USC really suited his learning style.

“It’s a fantastic position for him and well-deserved.” 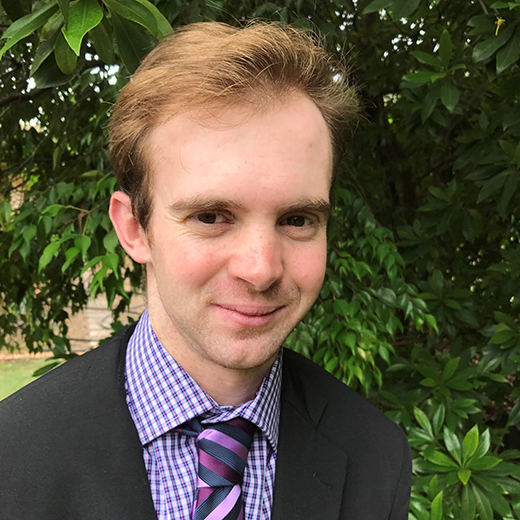