PLEASE NOTE: This event has been postponed due to weather conditions.

Fourteen teams of Engineering students have used the theoretical and practical skills gained from the subject Mechanics of Materials to build 35cm-long bridges out of raw pasta and superglue.

Their bridges will be tested to destruction to determine which has the greatest load-carrying capacity, with previous winning entries capable of carrying loads as great as 76kg.

The action will take place outside USC’s visualisation studios in Building H2 on campus at Sippy Downs. The bridges will be presented at noon and the stress testing will start at 12.45pm.

“The forecast wet weather tomorrow will certainly make things a little more interesting,” he said. “There’s likely to be plenty of bending, twisting and deforming of the bridges before they fracture.”

Engineers from the competition sponsor, Covey Associates, will judge and award prizes for best design and construction as well as strength. 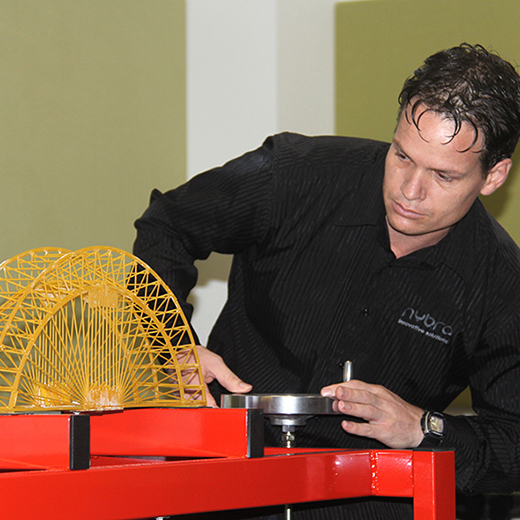 USC Engineering students of Mechanical Design are pitting their creative wits against each other to design and build the best catapult and Olympic torch.