USC Lecturer in Geotechnical Engineering Dr Adrian McCallum and his team of fourth-year Honours students will be equipped with shovels, sieves and scales to conduct on-the-ground research in the greater Kathmandu Valley.

Dr McCallum and students Luke Harris, 22, of Shelly Beach; Olivia Shipton, 21, of Buderim; Ellen Brodrick, 22, of Little Mountain; and Josh Herbert, 26, of Buddina, will fly out of Australia on Saturday 18 November.

“We’ll be investigating the techniques of the Nepalese Earthquake Reconstruction Authority, which has hundreds of engineers surveying and rebuilding households, as part of USC research into the design of earthquake-resistant structures and the remediation of damaged structures,” he said.

“Some students will look at technology such as isolation footings, which aim to isolate a shaking foundation from the building it supports. Other students will examine the use of local Nepalese materials to remediate fractured beams.

“We’ll be doing testing of the local geological and soil conditions and, when we return to the Sunshine Coast, further tests will be done in the labs at USC.”

Dr McCallum said the trip, supported by Challenges Abroad Australia and USC, would highlight the humanitarian impacts of engineering work around the globe, while showing the students practical applications of their studies.

“I’ll then be continuing my own geohazard research for another two weeks in western Nepal, using my avalanche detector in the Annapurna Sanctuary.”

Dr McCallum, whose former Air Force, Navy and Army careers involved flight navigation, meteorology and civil engineering, had been acclimatising in the same area for an Everest climb in 2001 when three people died in an ice avalanche.

“After escorting the bodies off the mountain, I vowed to do something with my life to stop such tragedies and make a difference to the lives of Himalayan village people.” 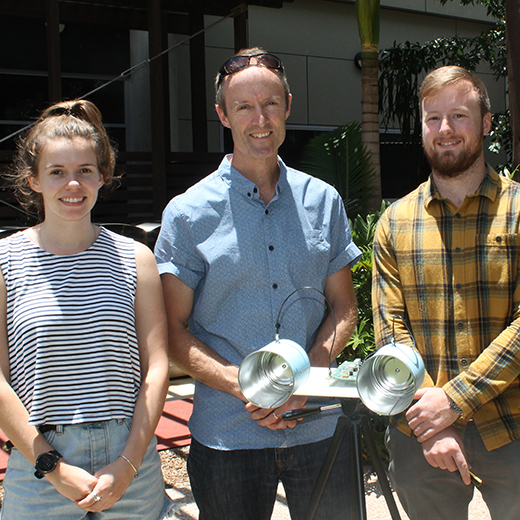