A former broadcast journalist and editor with a passion for English and History has used a USC double degree to launch a new career in secondary education – teaching English, History and broadcast media.

Darren Nelson, 52, of Caboolture, graduated recently from the University of the Sunshine Coast with a Bachelor of Education/Bachelor of Arts, receiving an academic commendation for his grade point average of 6.35 out of 7.

After a career as a radio and television journalist and video editor, working for the ABC and national commercial TV, Mr Nelson is now teaching in high school classrooms from Mountain Creek and Kilcoy to North Lakes and Dakabin.

“Professionally and personally, my life has transformed since the first day I walked on to the Sippy Downs campus in 2013,” said the former Sydney resident who has lived in Alice Springs, Canberra, Adelaide, Mount Isa and Cairns.

“I got married and had three children while I was studying at USC, so it is an understatement to say my life changed profoundly.

“I was honoured with three Equity Bursaries worth a total of $3,000, which was an amazing level of support from USC and helped enormously with bills for textbooks and printing and transport costs.

“I was fortunate to be voted on to the Student Representative Council, which provided opportunities to make friends with like-minded people, practise leadership skills and stay in touch with issues relevant to students.”

“My degree was flexible and I gained a lot from going on prac as a pre-service teacher. It was an excellent grounding for life in the real world as an educator,” he said.

“I also pursued cross-institutional studies at QUT to expand my teaching expertise across film, television and new media.

“My goal is to be an effective teacher who makes a difference to students. I want to plant a love of literature and the written word deep in the minds of people who love to learn.”

Applications are now open via QTAC to study at USC in 2018. For more information on how to apply visit www.usc.edu.au/learn. 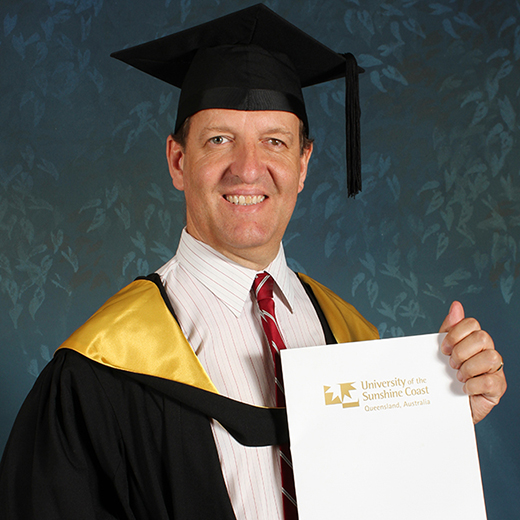