The IPC said the decision was taken following an assessment of the current situation and after close liaison with the Local Organising Committee and the City of Mexico government.

EARLIER: Three USC Spartans are primed to take on the best Paralympic swimmers from around the globe when they represent Australia at the upcoming 2017 World Para Swimming Championships in Mexico.

USC students Braedan Jason and Blake Cochrane and new Spartans squad member Ellie Cole will compete in a total of 11 events at the championships in Mexico City from 30 September to 6 October.

The three swimmers had their final competitive hit-out before the championships at the Para Grand Prix on the Gold Coast on Saturday alongside other members of the Spartans squad.

Spartans coach Nathan Doyle said he was confident the trio would perform well in Mexico City after months of dedicated training.

“Blake, Ellie and Braedan have all been working extremely hard and I think they can’t wait to get racing,” he said. “The world titles are a chance for them to pit themselves against the best of the best.”

S9 swimmer Ellie will attempt to defend her world titles in the 100m backstroke and 100m freestyle, and will also compete in the 50m and 400m freestyle events. 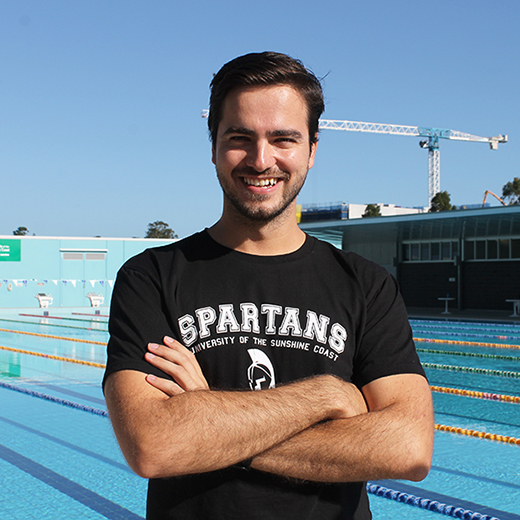