A crowd of almost 140 people attended a special ceremony for the duo at the Hall of Fame that included candid interviews and video presentations of their extensive sporting achievements.

Jenny Parry moved from Central Queensland to the Sunshine Coast as a teenager and joined the Maroochydore Surf Life Saving Club.

As well as competing at major surf lifesaving events, Parry excelled in pool lifesaving and went on to set multiple Australian, Commonwealth and World Games records.

Parry won 22 World Lifesaving Championship medals and claimed 12 world titles. In her final world championship campaign in 2011, she was the Australian team captain.

The Sports Hall of Fame ceremony also featured the presentation of Certificates of Merit to sport administrators from across the region. These awards went to Margaret Robertson (Special Olympics), Toby Coote (triathlon) and Kieran Kearney (rugby union).

A further Certificate of Merit was awarded to the Sunshine Coast Sports Hall of Fame secretary Anne Steward for her dedicated work for the organisation over two decades. 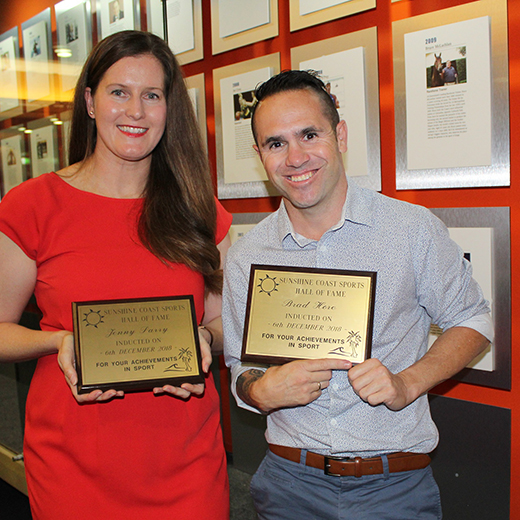