Construction of the foundation building of the USC Moreton Bay campus at Petrie has reached a significant milestone, with ground floor concrete slabs being poured across the site.

USC this week threw an informal ‘slab party’ breakfast for construction workers and for the many people working behind the scenes to have the three-storey building open in time for Semester 1, 2020.

The building is being constructed near Petrie railway station by national private commercial builder Hansen Yuncken. There are currently an average of 67 workers on site each day, including earth movers, concreters, crane operators, electricians, plumbers, form workers, and water proofers.

As well as progress towards a total of 11 ground floor pours, work is underway on columns, water tanks, sewerage, and scaffolding to support commencement of formwork for Level 1.

When complete, the foundation building will have 16,000 square metres of floor space and include a lecture theatre, multi-purpose rooms, and a large open auditorium suitable for community events.

Funding for the USC Moreton Bay building was secured last year through a $121million loan from the Commonwealth Government. 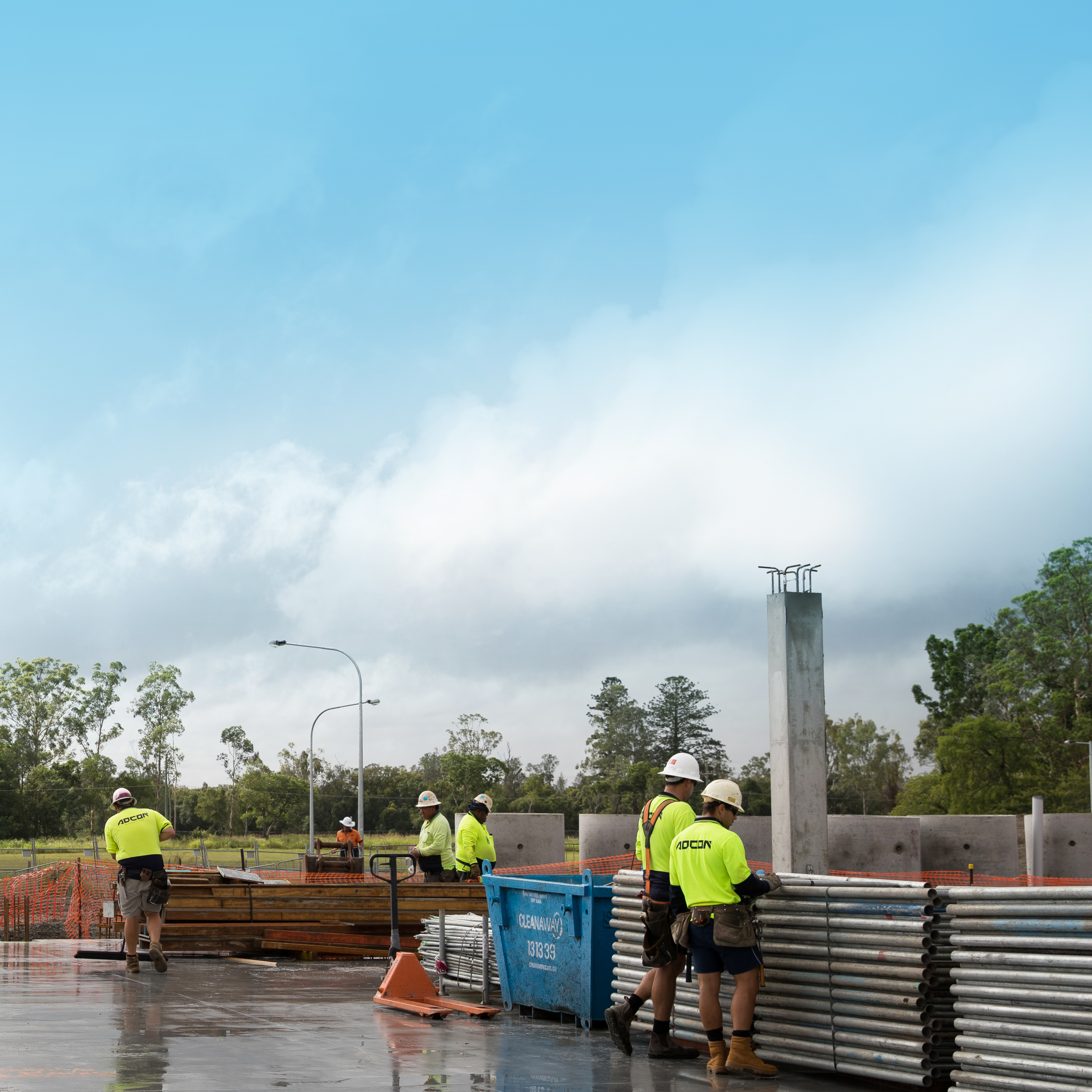 A former retail worker has overcome self-doubt to excel in her University of the Sunshine Coast studies, graduating at the Moreton Bay campus last week with a Nursing Science degree, an academic award – and a sought-after job at a private hospital at Kippa-Ring.