A fast-tracked USC Science degree is set to place Maryborough OP1 student Mikaela Bell on a quick path to a career in medicine or biomedical research.

Science holds a great fascination for the 2017 Riverside Christian College dux, who was the winner of the Fraser Coast’s top senior school scientist award last year.

Mikaela, 17, said she was excited to begin USC’s Bachelor of Science (Accelerated), an individually tailored program that allows high-achieving school leavers to complete the three-year degree in just two years.

“I am not sure what field of science that I want to pursue yet, so this accelerated degree offers me the flexibility to explore many different scientific fields and then focus on the areas that interest me most,” Mikaela said.

“The ability to save one year of undergraduate study was a major deciding factor when choosing USC as my first preference for university.”

Through a combination of increased load in semesters and studies during the summer teaching periods, students can gain early entry into post-graduate studies in several professional areas, or into research through the Honours program.

“Once I complete the degree, I hope to study medicine or possibly pursue post-graduate research in either biotechnology or biomedical science,” she said.

She was the overall winner in last year’s Fraser Coast Science Research Awards, hosted by USC, with her research into the ability of heavy metals to kill or inhibit the growth of microorganisms.

Other awards include the school’s Science Faculty Award and the Zonta Club Award for high achievement in STEM subjects as a female student. In Year 11 she gained a high distinction in a university head start subject in human anatomy and physiology.

Mikaela recently relocated to the Sunshine Coast with her family and will be among thousands of students starting degrees at USC when semester one classes begin on Monday 26 February.

Applications are still open to study at USC in 2018. 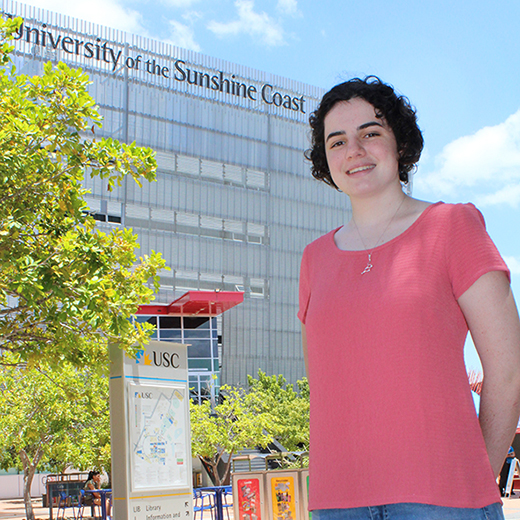