OP1 student and Gympie’s new Young Citizen of the Year Quinn Edwards is about to add to a remarkable list of achievements by starting a double degree in Law and Creative Writing at USC.

The 2017 James Nash State High School captain and senior dux, who also wrote and starred in the school’s musical production and represented Wide Bay in squash in his senior year, said he was looking forward to expanding his horizons at USC.

With a career goal of becoming an author or script writer, the all-round high achiever will begin the combined Bachelor of Laws and Creative Writing when Semester 1 gets underway on 26 February.

“I’ve had a passion for writing for a long time, so the Creative Writing degree was an obvious choice,” said Quinn, whose love of words inspired him to write Paradoxical', a musical about a time-travelling inventor trying to cheat death.

A legal career with a humanitarian focus is another option for the 18-year-old, who was named Gympie’s Young Citizen of the Year in this year’s Australia Day Honours for his work with local charities, including Relay for Life.

“Experiencing a mock trial in the Law School’s Moot Court during a school visit to the Sunshine Coast campus really clinched the decision for me to enrol in the dual degree," he said.

“I know that the writing industry can be fickle so, if it doesn’t go well, my writing skills will perfectly transfer to work in the law industry, preferably as a barrister or advocate,” he said.

He also played competitive squash, volleyball and cricket and developed his public speaking skills by competing in Lions Youth of the Year and Quota’s Student of the Year.

Quinn said the secret to his success was simply doing a mix of what he enjoyed. “There were no negatives only positives from these extra-curricular activities, which gave me the motivation to do well academically,” he said.

He intends to continue this winning formula at USC by balancing his studies with involvement in a range of the sporting, social and cultural clubs and societies.

“I am looking forward to meeting new friends and experiencing the new opportunities that the University offers,” he said.

Applications are still open to study at USC in 2018. 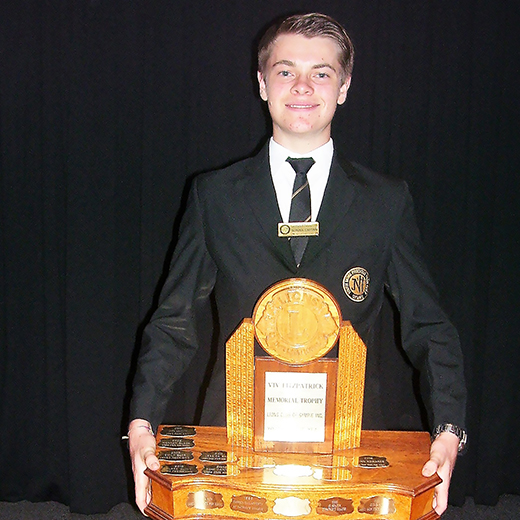 The world of physics so excites James Nash State High School dux Elora Rookyard that she is pursuing a career through USC that will allow her to share it with others.