An entrepreneurial USC graduate from the Moreton Bay Region has set her career in full swing by launching her own social media business when she was still a student.

Shelby McQueen, 23, of Elimbah now works as a social media contractor for Maroochydore-based design firm The Creative Collective, which provided her with an internship a year ago during her final year of study.

The company liked her work so much they immediately signed her up as a contractor when she completed the placement as part of her degree at USC.

From there, the former Beerwah State High School student has grown her business to include eight clients, whose social media accounts she now manages and maintains.

“I made a decision that I wanted to work on my own terms, so I applied for a contract with The Creative Collective and was successful,” she said.

“Gaining that contract enabled me to pursue more clients without having all the overheads of a large agency. It has just grown from there.”

Shelby formally received her Bachelor of Public Relations last month when she graduated from USC, along with 1,700 other students.

She praised USC Lecturer in Public Relations Karen Sutherland for her invaluable help and guidance in launching a social media business.

“Karen gave me so much good advice on how to start my own consulting business, including how to approach businesses and how to work out what I should charge them,” she said. “Her guidance was invaluable and went beyond just teaching in the classroom.

“All my lecturers and tutors were great, but Karen was the highlight of my degree. Her industry knowledge was mind-blowing.”

Shelby said she chose to study at USC because it was a relaxed and friendly environment.

“I wasn’t ready to move to Brisbane because I still wanted to be surrounded by my family and friends,” Shelby said. “I think living in Brisbane would have made me feel like a fish out of water.”

Applications are now open for mid-year entry to study at USC, with Semester 2 starting July 23. Details on how to apply programs can be found here.

USC’s annual Open Day at its main Sunshine Coast campus will be held on Sunday 22 July and at its Caboolture campus on Sunday 5 August. 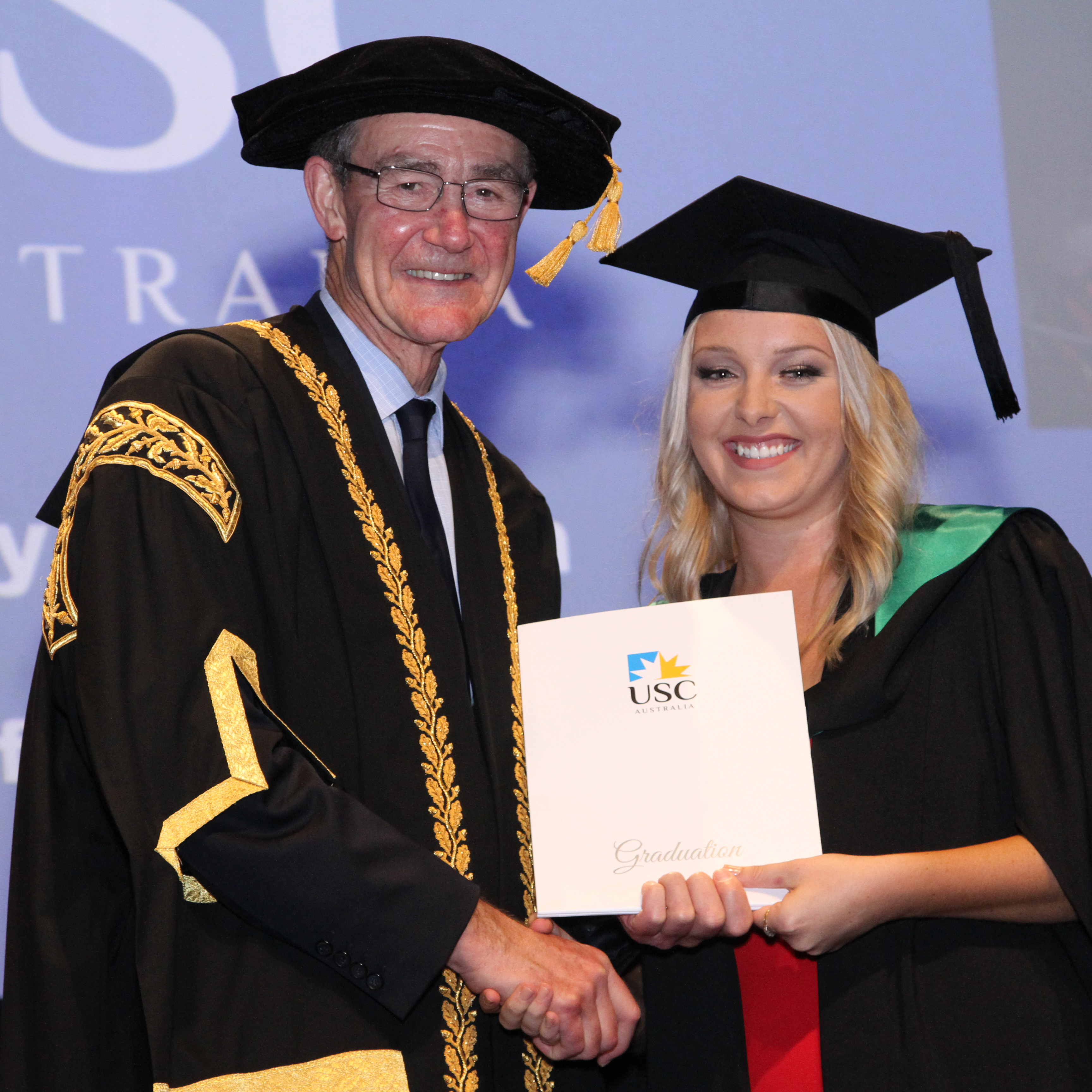