A law professor with a global reputation in agri-food and intellectual property research has become the new Head of the University of the Sunshine Coast Law School.

Professor Jay Sanderson, who has been with the University for three and a half years since moving from Griffith University, says law, criminology and justice were exciting sectors that allowed people to work at the intersection of many fields.

“What we try to do through our programs is focus on professional practice and employability as well as on interdisciplinary approaches, because law and justice touch on every part of our everyday life and don’t necessarily fit into neat categories or boxes,” Professor Sanderson said.

With university degrees in law, science and psychology, his research takes a similar broad approach, spanning food labelling and law as a form of regulation and communication; psychology around trademarks and behaviour; as well as food and agriculture, particularly in the fields of digital technology, data and privacy.

Professor Sanderson said another core focus for the School was instilling the ethical and critical decision-making skills which were integral to the Bachelor of Laws and Bachelor of Criminology and Justice subjects.

“Ethical practice is such a core part of what we do in law and criminology. It needs to be ingrained in our students from the very beginning because they will need to comply with all sorts of standards and codes of conduct,” he said.

Because of this, and the need for interpreting ‘grey areas’, he said it was unlikely that artificial intelligence would threaten jobs in the sector any time soon.

“Of course, we are mindful of what is happening in that sector, but it’s unlikely that computers will replace the level of complex interpretative and ethical work that our graduates are doing.”

Current focuses for the School also include supporting the world-class teaching of current staff and building stronger industry networks in the region, particularly in the Moreton Bay region as the new campus comes online in 2020, he said.

“As Moreton Bay grows, the job opportunities in the region will also increase in the legal, criminology and justice fields so we will be looking to strengthen and develop our relationship with employers in the region,” he said.

Professor Sanderson, who has replaced Professor Pam O’Connor who retired in July, said research would also be a strong focus.

“We have staff doing really interesting work in law and culture, crime prevention, mediation, health and sports law and more, and there’s a group doing a lot of work in the prevention of sexual violence,” he said.

“Research is one of our key pillars of strength, which has helped us grow our Higher Degree by Research student cohort to 12, from just one in 2015.”

Professor Sanderson previously worked as a Lecturer of Law at Griffith Law School where he taught intellectual property, tort law and legal research. 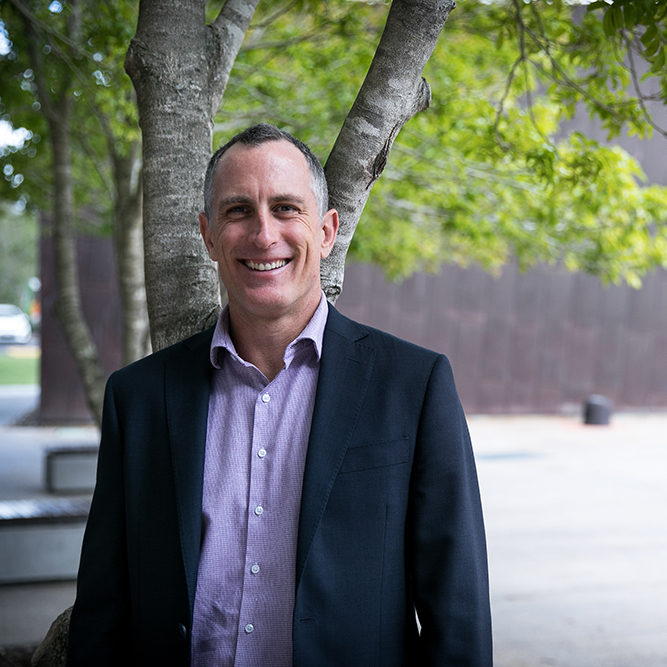 Enrolling in Law a moot point for school leavers

Two 2019 Chancellor State College graduates are living their dream as USC Law students, inspired to study after competing in the University’s moot court.