USC’s student athletes have returned home from the UniSport Australia National Championships on the Gold Coast with a swag of medals and even some games records.

In track and field, Daniel Green scored bronze in the shot put, while Rowan Sutton won bronze in the decathlon, breaking a long jump record (of 7.39m) in the process.

Jane Larkin broke an 800m record in the heptathlon with a time of 2 minutes 22.96 seconds, and won her 200m event, but finished fifth overall against a strong field.

Just missing out on the medals, with fourth placings each, were USC’s teams in the men’s pairs beach volleyball and the women’s futsal.

“For example, our men’s futsal team lost only one game in the tournament, and that was against RMIT, which has 80,000 students to pick from,” he said.

“Our student athletes competed in great spirit, formed lifelong friendships and enjoyed a welcome and positive distraction from their university studies.

“The standard of competition really went to a new level at the inaugural Nationals Division 1 (for the top 10 universities in each sport) and is a step in the right direction for Unisport and student athletes.” 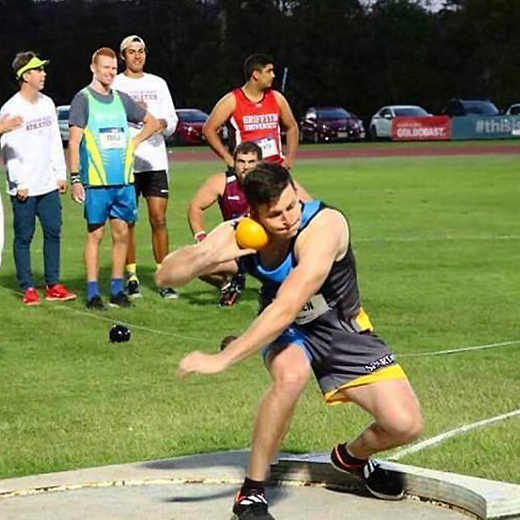