Eleven students and two staff members will represent USC at the 2019 Indigenous Nationals competition in Perth.

Hosted this year by The University of Western Australia from 23 – 27 June, the team will compete across four sports – netball, volleyball, touch football and basketball.

Founded in 1996, the four-day sporting meet attracts more than 350 competitors each year.

Team member John Murray from USC Indigenous Services said the Indigenous Nationals event not only celebrates the rich sporting culture of Indigenous Australians but also acknowledges the heritage and history of the athletes involved.

“Indigenous Nationals is such a wonderful coming together event and really is a modern-day corroboree,” Mr Murray said.

“USC has been represented at the event since 2015 and despite us not sending a team last year, 2019 marks the largest team we’ve ever sent to the competition,” he said.

“It’s a proud opportunity for those of us involved and we’re so lucky to be supported by a university that understands the importance of the meet.”

The team is made up of students and staff from USC campuses at Fraser Coast, Caboolture and Sippy Downs, including third-year Environmental Science student Cion Paiwan from Buderim, who is competing at the Indigenous Nationals for the first time.

“I have had a lot of friends from all over the country compete at the Indigenous Nationals over the years and they’ve always rated it as an amazing experience, so it’s something I’ve always wanted to do,” Cion said.

“I’ve played a lot of touch football but not much of the other sports but I’m excited to get out there with the team and enjoy everything the event can offer us.”

The team has been supported by local community groups including North Coast Aboriginal Corporation for Community Health and Sunshine Coast Uniforms who donated personalised travel bags to USC team members, as well as financial contributions to assist with travel costs from Galangoor Duwalami Primary Healthcare Service in Hervey Bay and the Sunshine Coast Reconciliation Group Inc.

USC will hold Open Day events at its campuses at Fraser Coast on 23 June, Sunshine Coast on 21 July and Caboolture on 4 August. Register at https://www.usc.edu.au/open-day. Applications to start studying in July this year are still open. 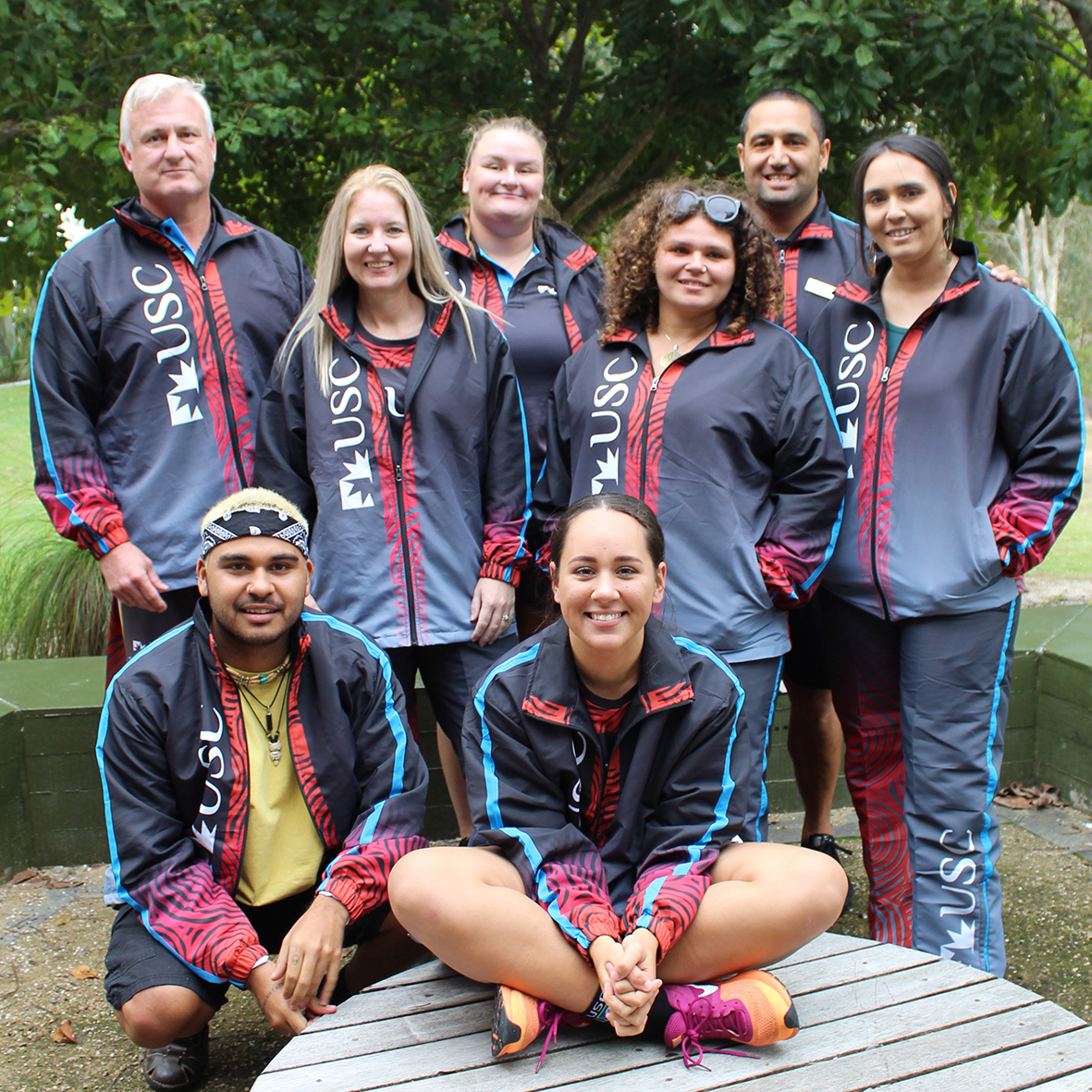