Now she’s one step closer to her dream, being accepted into USC’s Bachelor of Creative Industries (Creative Writing and Publishing), supported by a prestigious Tim Fairfax Regional Scholarship.

One of only two first year students at USC to be awarded the scholarship, Jayda said the financial support equal to $5,000 per year of undergraduate study was a fabulous new chapter in her personal story.

“I’m the first person in my family to leave Cairns and I always knew that if I wanted to move away to pursue my course of choice, I would have to work out a way to fund it myself,” said Jayda, 17.

“My parents have always been so supportive of my goals, but it was going to be difficult financially to make moving away to study a reality. So, to say I’m grateful to Mr Fairfax would be an absolute understatement.”

Jayda had initially planned to study in Brisbane, but when her father’s colleague told of how his own daughter enjoyed studying creative writing at USC, Jayda decided to investigate.

“I’m so thankful for that conversation because the second I saw the names of the courses offered at USC, I fell in love,” Jayda said.

“My mind was made up on the spot that USC was where I wanted to get into.”

The decision is proving to be the right one for the Harry Potter fan – who has already signed up to play in USC’s quidditch competition – as she was emotionally moved at an introductory session held in O Week.

“The lecturer told us how narratives are everywhere, and we are stories,” Jayda said.

“It really affected me, and I actually teared up with excitement, and a bit of pride too, I guess. I’m making my dream a reality by being here and it’s a really cool feeling.” 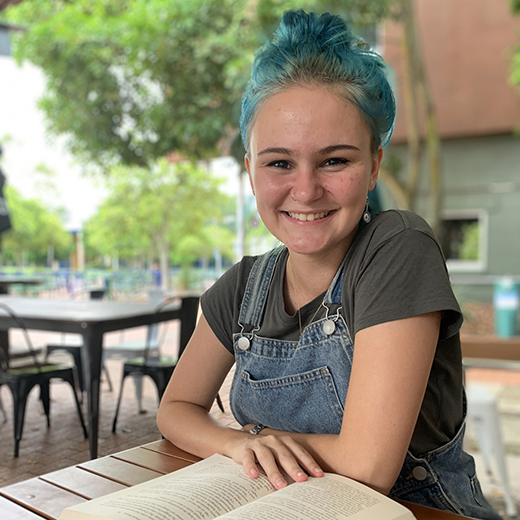