New USC graduate on the ball with career decision - University of the Sunshine Coast, Queensland, Australia

The well-timed decision has taken the Kilcoy-raised USC graduate to a plum position as a Clinical Orthotist in West Perth in 2020 – the year that COVID-19 restrictions suspended the QRL competition.

“I’ve moved to WA to work at Interface Orthotics,” said the former Sunshine Coast 21-year-old, who was a member of USC’s High Performance Student Athlete program until he completed his degree last year.

He received a University Commendation for achieving an impressive grade point average of 6.32 out of a possible 7 during a Bachelor of Health Science with an extended major in Prosthetics and Orthotics.

“I help individuals with limb loss or dysfunction to rehabilitate back into society,” he said. “My job includes assessing suitability for, making and fitting prosthetic limbs or orthotic bracing, then assisting with rehab.”

James, who started playing rugby league at the age of 6, said he was grateful for the support provided by the HPSA program while he was studying, refereeing for the QRL, volunteering at a Brisbane-based prosthetics clinic and working as a swimming squad coach at Buderim.

“I love league, but I also wanted a career to support me during and after refereeing,” he said.

“I'm extremely passionate about helping people, and the USC degree provided ample opportunity to establish myself as a clinician with real-world experience on placements.

“I completed three months at the Royal Brisbane and Women’s Hospital in the Orthotics and Prosthetics department. I helped people take their first steps back to living an ordinary life and observed surgeries in theatre.

“I travelled to Melbourne to complete my second clinical placement at NeuroMuscular Orthotics, which provided exposure to the innovative care of complex disability and neuromuscular conditions.

“Fortunately, I was offered my current position at their sister clinic in Perth, specialising in neuromuscular conditions.”

The Kilcoy State High School graduate said he originally studied civil engineering at a Brisbane university until he attended a USC Open Day and discovered the extended major.

“I wanted the opportunity to interact with patients as well as to be at the forefront of designing medical equipment and I learned that this occupation was the perfect combination of technical thinking and fabrication teamed with direct patient care,” James said.

“The degree helped me gain the theoretical knowledge and practical experience relevant to my profession while also giving me the tools to connect and network within this field.

“A massive highlight for me was the relationships that I developed with my teachers. They genuinely took the time to know and understand me as a person, not a statistic.”

QTAC applications are open to study at USC in Semester 2 this year. For more information about studying at USC, go to www.usc.edu.au/study 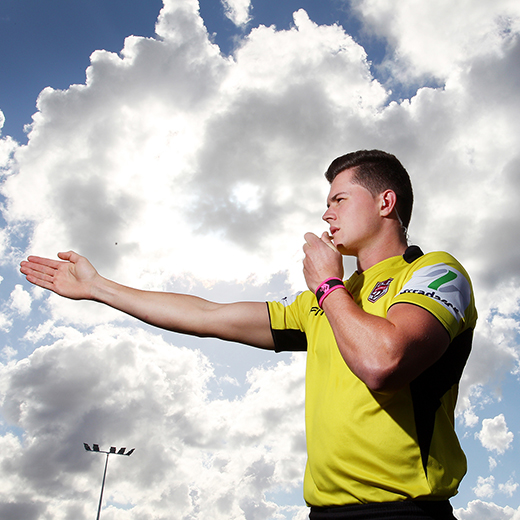