Former Childers resident Craig Maunder was presented with USC’s highest academic honour when he graduated with a Bachelor of Paramedic Science at a recent ceremony at USC’s Sunshine Coast campus.

“I decided that if I was going to go to university again, I wanted to do it right. So I had one goal – a grade point average of 7,” Craig said.

“When you are passionate about something, studying does not feel like studying. I was always looking forward to learning about the next medical condition or the next drug and how it affected the human body.”

He said that while a good memory and discipline helped, the success he achieved was a result of committing many hours to learning each day, the study group that he formed and the support he received from academic staff.

Craig began his first degree, a Bachelor of Commerce, as a new school leaver and worked in an accounting office during his studies, before having doubts about pursuing a career in finance and banking.

“Once I graduated, I took a job in the snowfields at Mt Buller in Victoria and enjoyed it so much that I spent the next three years following the snow and living at a ski resort in Canada before deciding it was time to come home to start a career,” he said.

“With my commerce degree, I was able to secure a job with the Commonwealth Bank as a banking specialist and concierge. And although I really enjoyed the roles, I knew they were not something I wanted to do long term.

“A friend suggested a career as a paramedic, so eight years later I returned to USC to study something I was very excited about – I had found a rewarding career that I could be proud of and one that would provide me with a great work/life balance.”

Since completing his degree, Craig has been working in disability care with high-needs clients while on a waiting list for an intake as a paramedic with either the Queensland or New South Wales ambulance services, after passing the highly competitive recruitment stages for both organisations.

With no prior experience in the medical or first aid field, Craig said his three years at USC were both exciting and extremely challenging.

“The content was completely new to me. So I signed up to every extra-curricular activity that I could to get ahead, including volunteering as a first aider throughout my time at university,” he said.

“The best decision and a highlight of my time at university was joining the Sunshine Coast University Paramedics Association.

“I was first elected as clinical professional development coordinator, responsible for organising presentations and workshops for the student body, and then as president, and I am proud of what I was able to achieve.”

Completing more than three months of paramedic placements was another highlight. “The placements gave me an opportunity to apply everything I had learnt at university and to realise that becoming a paramedic was exactly what I wanted to do,” he said. 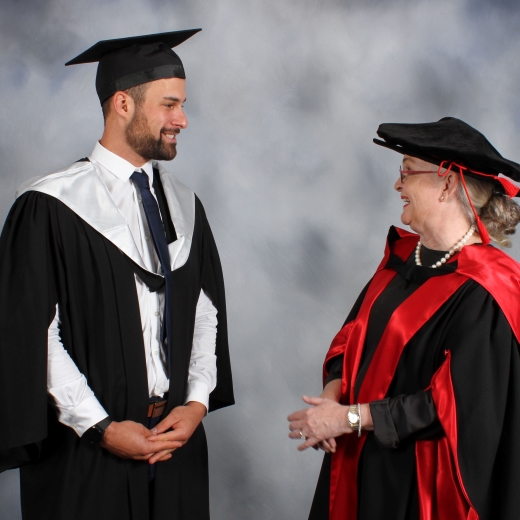