With an ATAR of 98.70 and diverse interests, Caloundra school-leaver Teagan Osborn had plenty of options open when considering her new direction for 2021.

The Unity College graduate had topped Year 11 Maths B when she was in Year 10, following her selection in a maths extension program, and last year gained Year 12’s highest results in the subjects of Literature and Japanese.

This week, the 17-year-old will attend Orientation at USC to prepare for studying a Bachelor of Biomedical Science – a degree she’s chosen for personal and career reasons.

“I have grown up with a Nana who has multiple sclerosis and seeing the effects of this illness – with there being no cure – made me realise that a career in medical research was something I was really passionate about,” Teagan said.

“I really enjoyed subjects such as Literature and Japanese. But I chose Biomedical Science because it gives me the opportunity to explore fields of science and cultivate a career out of helping people through research.

“I have always had an interest in the human body and this degree will help me learn about the complex way it works.”

Teagan, who has been awarded a prestigious Thompson Excellence scholarship valued at $24,000, will attend welcome sessions as part of Orientation, which is being held both on campus and online for almost 5,500 new USC students ahead of classes starting on 1 March.

Teagan, who grew up in Brisbane and Emerald, is already familiar with USC Sunshine Coast at Sippy Downs.

“During high school, I was fortunate to visit the USC campus multiple times and attend a brunch for my USC Rise, and Shine award, so it felt much more personal than other universities I had visited,” she said.

“All the staff and students I met were extremely friendly and supportive, and the campus itself was very impressive.”

She also appreciated the support and guidance she had received, “which has allowed the start of my journey at USC to be stress-free”.

“Many students from my Year 12 cohort have enrolled at USC and I am thankful that I will be able to see some familiar faces walking around campus.”

Teagan has not shied away from unfamiliar situations, however.

“In 2018, I completed the 48km Kokoda Challenge in the Gold Coast as a part of a school team and in 2019, I was blessed to have travelled to Japan for an exchange program,” she said.

Teagan said she looked forward to learning about the variety of career paths available with a Biomedical Science degree.

For details on studying at USC, visit www.usc.edu/study 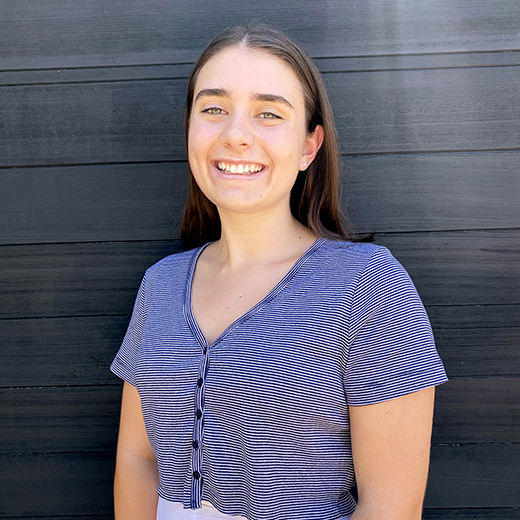 An Arana Hills swimming teacher and former national-level figure skater is turning her love of outdoor adventure into a career with a Bachelor of Recreation and Outdoor Environmental Studies from USC.

A medical doctor and clinical researcher of 10 years who treated children with polio in rural India and Nigeria has become a Sunshine Coast high school teacher, encouraging more teenagers – particularly women – into maths and science professions.