Art outside | UniSC | University of the Sunshine Coast, Queensland, Australia

There are many opportunities at USC to engage with art in the natural environment. We commission and purchase artworks that integrate with the overall design, intent and vision for our campuses. These public works are an important facet of the USC Art Collection​ ​​as they take art outside of the bricks and mortar of the buildings and into communal spaces, creating unexpected opportunities for encounters with culture. 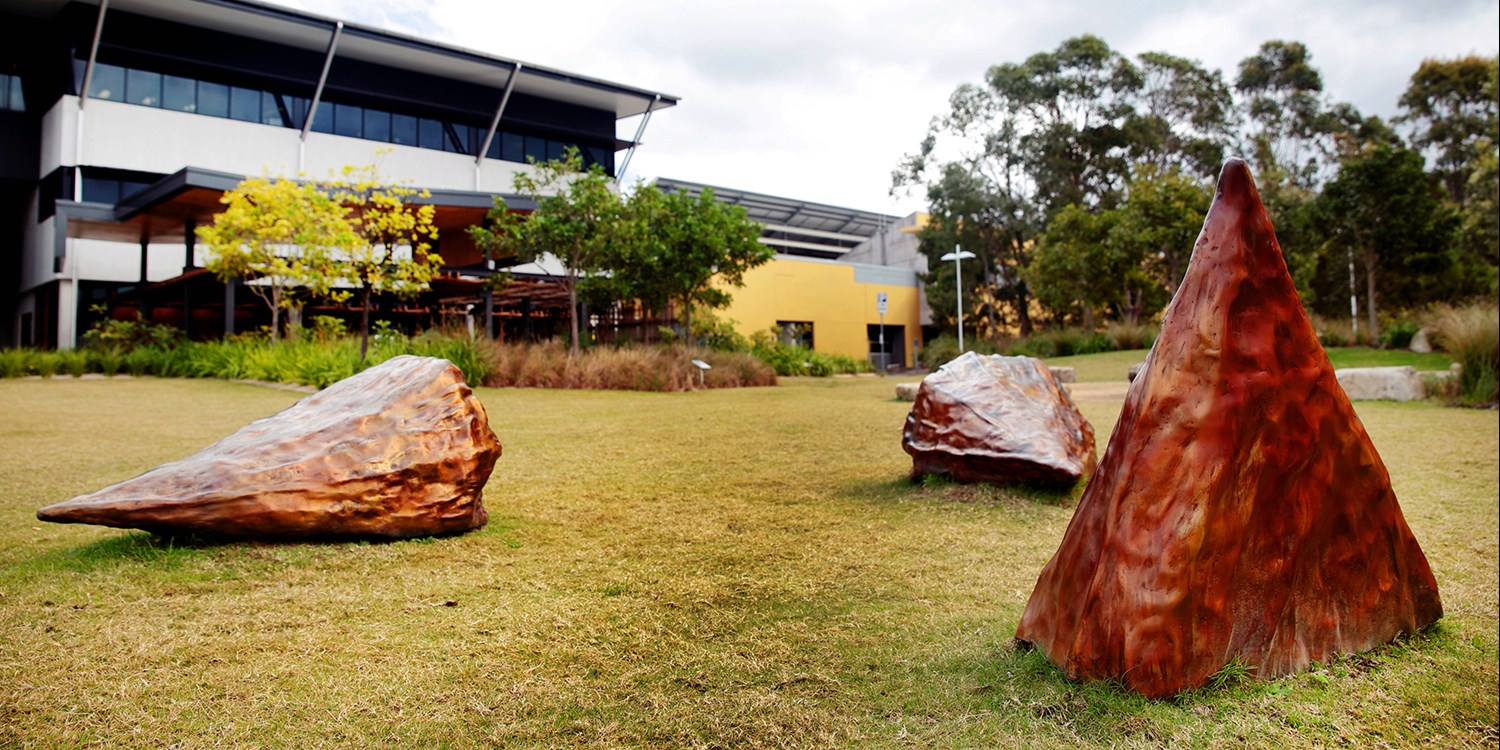 Bianca Beetson is a Gubbi Gubbi/Kabi Kabi (Sunshine Coast), Waradjuri (New South Wales) artist and academic. Beetson’s work is concerned with her identity as an Aboriginal Australian, as well as the identity of Australia as a nation in terms of its history and governance.

Feast of bon-yi (Feast of bunya) draws on the bunya pine tree (Araucaria bidwillii) native to southeast Queensland and the botanical phenomenon that happens each year from December to March when these trees drop their cones containing edible seeds known as bunya nuts. For thousands of years, Aboriginal people from far and wide gathered in the Blackall Ranges region of the Sunshine Coast to celebrate the harvest of cones. For Aboriginal people, these were important times where many topics were discussed, decisions made and connections formed across language and Country. These gatherings ended with European colonisation and the displacement of Aboriginal people.

Beetson has created three oversized bunya nuts in bronze and inscribed in their surface the names of the Aboriginal language groups that would gather. Feast of bon-yi is both a memorial to and celebration of this important cultural tradition. 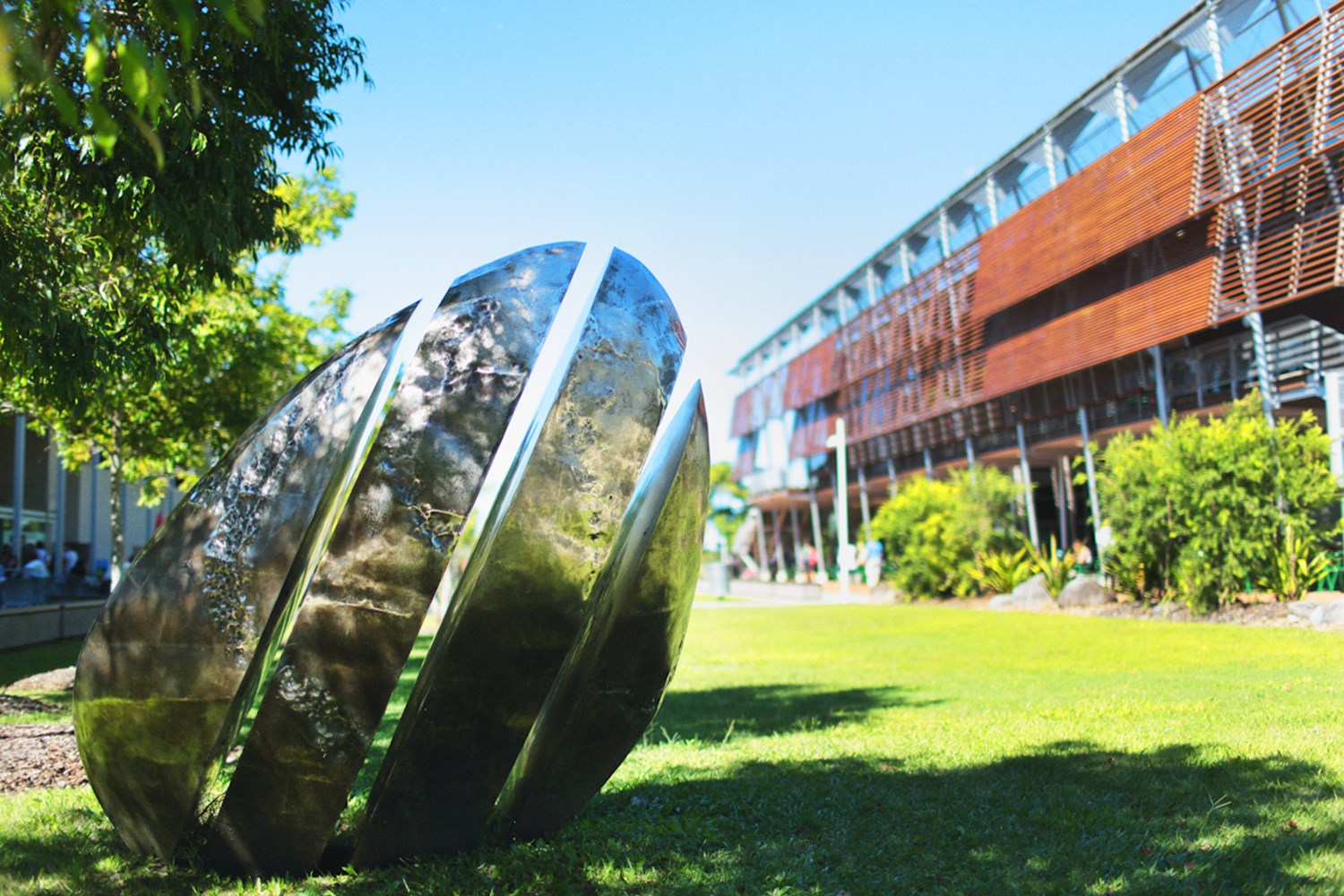 Leonard Sabol trained in blacksmithing and metal fabrication in his home country of Slovakia before immigrating to Australia in 2002. He uses traditional techniques to create contemporary works and his understanding of the character and possibilities of the materials he uses enables him to shape distinctive forms.

Obelisk looks as if it has fallen from the sky. The cratered texture of the surface is like the surface of the moon. The egg-shaped form is tilted to the side and has been sliced into four pieces to create spaces in between. This gives the work lightness or levity as if it is defying gravity and allows the viewer to glimpse through to the surrounding landscape which is also reflected in the surface.