Made within our lifetime | UniSC | University of the Sunshine Coast, Queensland, Australia

In recent years, USC has prioritised collecting Australian art made within the lifetime of USC (from 1996 onwards). Our vision is that the collection will grow and evolve as USC does. This focus also allows us to support living artists who are making work that is relevant to our life and times. 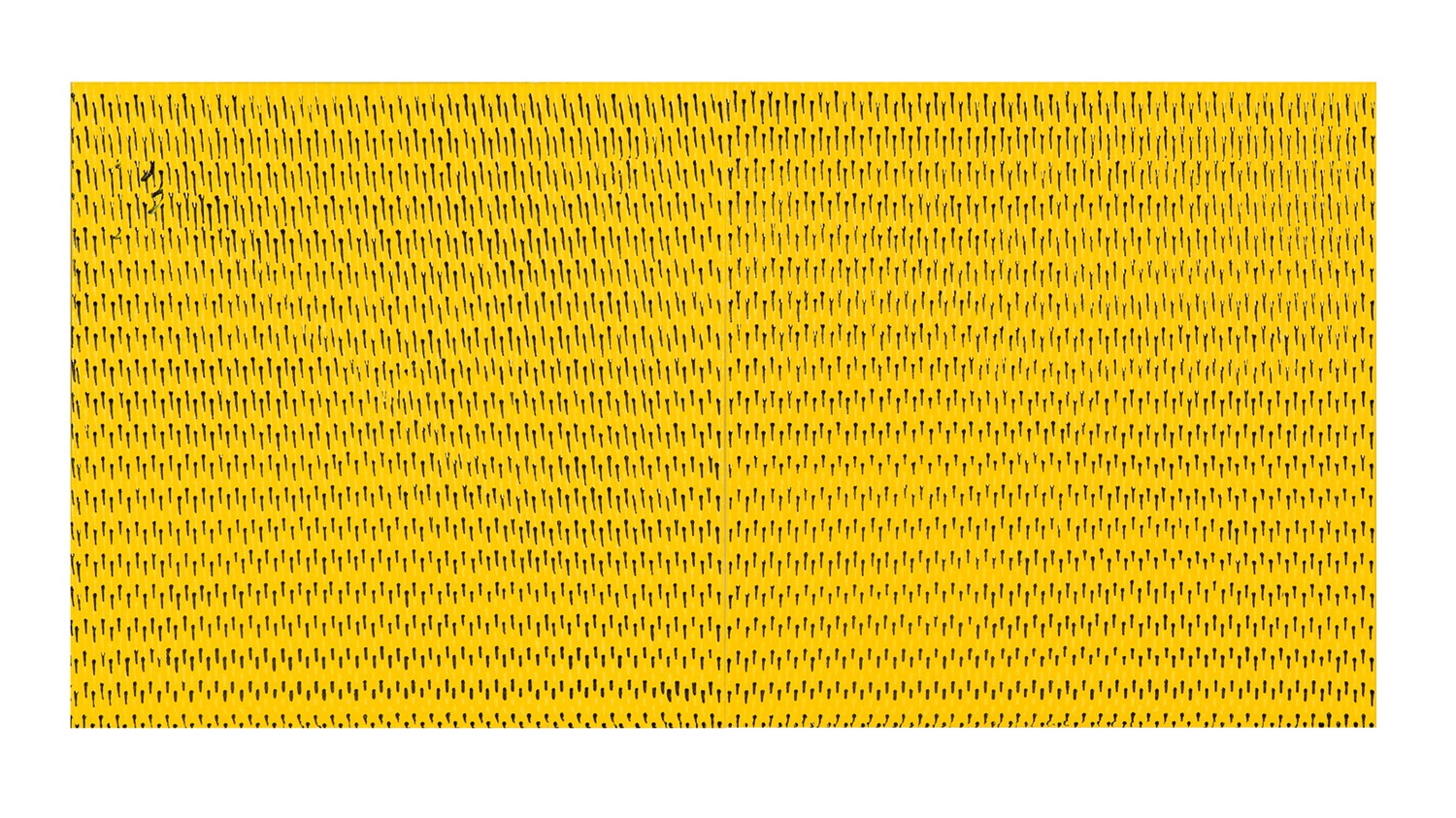 Leonard Brown was born in Brisbane and studied at the Central Technical College Art School under Betty Churcher. Brown is best known for his process-based oil paintings that he calls his ‘personal poetry’ or ‘union with reality’. Lesser known are his Ikon paintings. Brown began studying Byzantine painting in 1975 and, after being baptised Russian Orthodox in 1976, spent most of the 1990s living as a priest-monk.

They now go naked from the waist up is an example of Brown’s personal poetry. This work was made by dotting paint on to the canvas while flat and then placing it vertically allowing the paint to drip in a process the artist refers to as ‘drawing with gravity’. The title of the work references a poem by Greek poet Yannis Ritsos. As Ian Friend points out, although Brown's work is abstract "it is based in a residual humanist response to experience". The poetic choice of title suggests this. 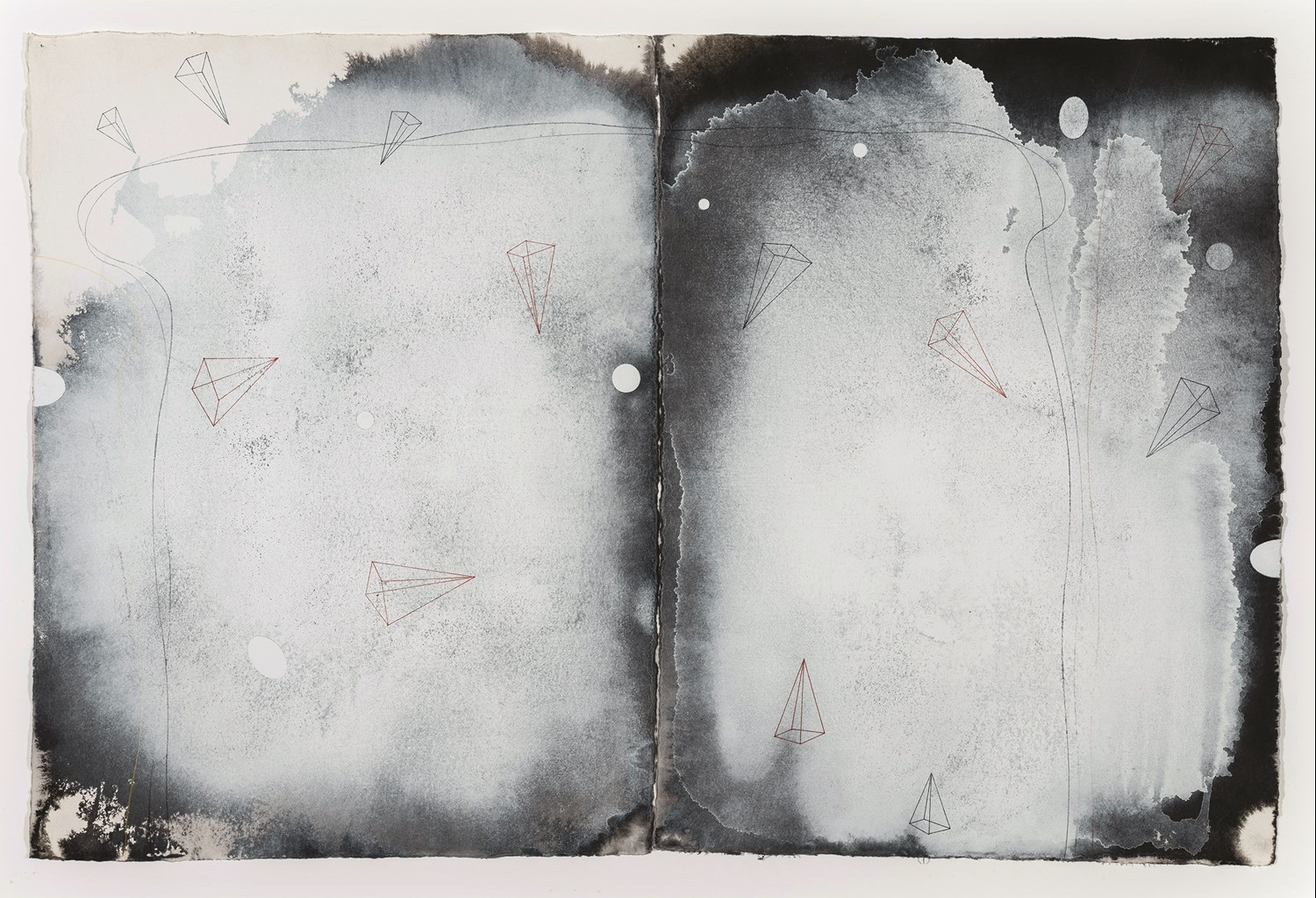 Ian Friend was born in Eastbourne, England and migrated to Melbourne in 1985. He has since moved to Queensland and has lectured in drawing and painting at several Australian universities, including USC.

Using pigment, ink and gouache on paper, Friend develops his works using techniques which he has refined over many decades. Whilst materiality is important to Friend, his works also reflect a rich engagement with the landscape of Eastbourne, philosophy, music, poetry and architecture. Friend says, ‘it is ostensibly abstract but couched in allusive terms that references experience in a tangential way’. Friend’s subtle and fluid works evoke the micro of the physical world to the macro of metaphysics leaving the viewer with a feeling of being in both outer space and inner space at the same time. 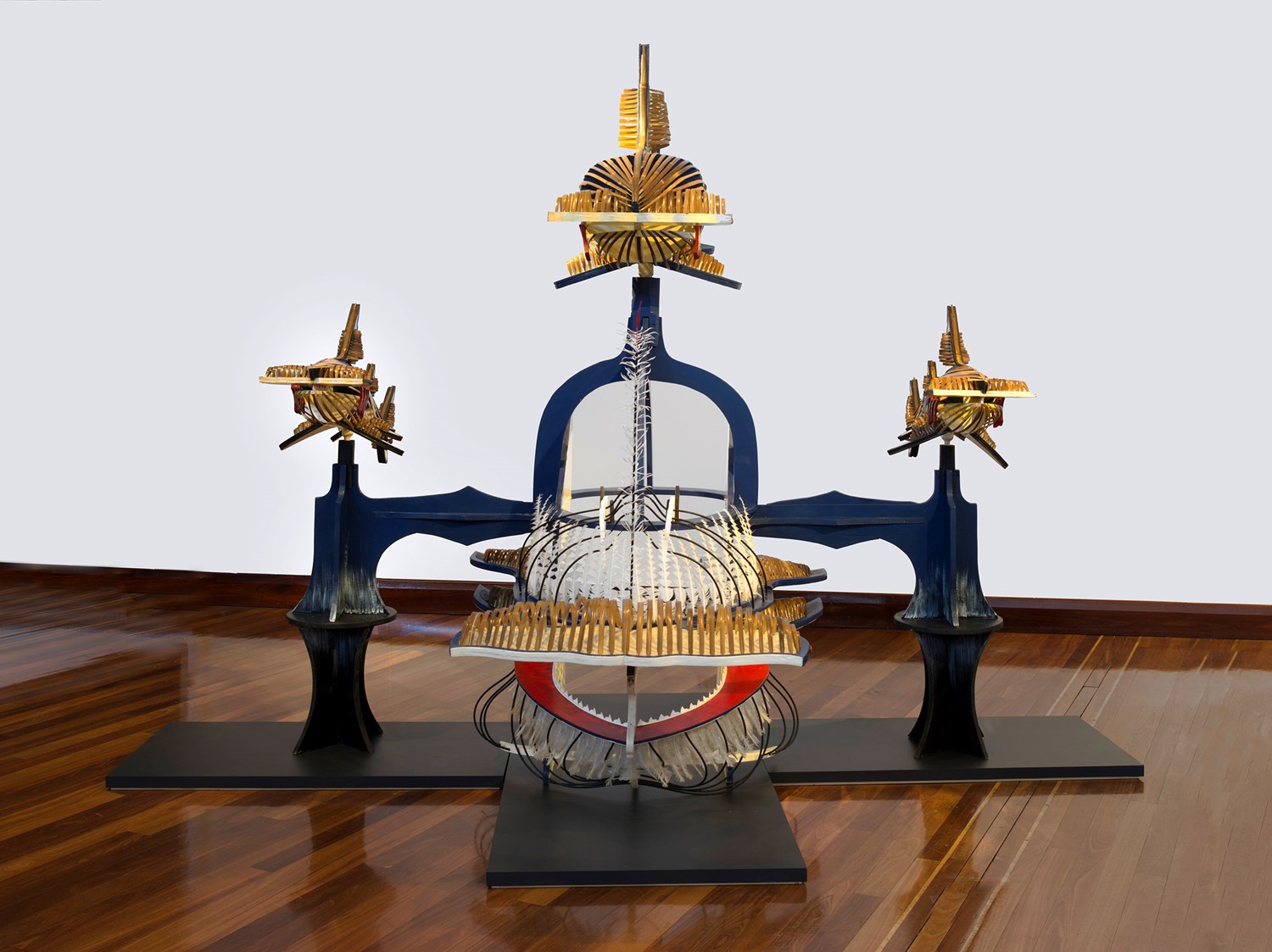 Ken Thaiday Snr is an artist, dancer, performer and choreographer. In 1987, he began constructing dance machines, or what he calls ‘mobilised artefacts’, inspired by headdress and regalia used during traditional ceremonies. Simultaneously cultural objects and contemporary art, Thaiday fuses the new and the old in his pieces. Traditional materials such as bamboo and feathers feature alongside newer products including plywood and plastics, and his use of pulley systems activate and animate his sculptures as well as reference the function of traditional dance objects.

This work takes the form of the hammerhead shark, an important family totem and a symbol of law in the Torres Strait. The jaw of the shark moves up and down and the feathers symbolise the foam created when a shark moves through the surface of the water. Three smaller sharks sit above forming a school, each one able to be moved left and right to mimic the action of a shark swimming through water.