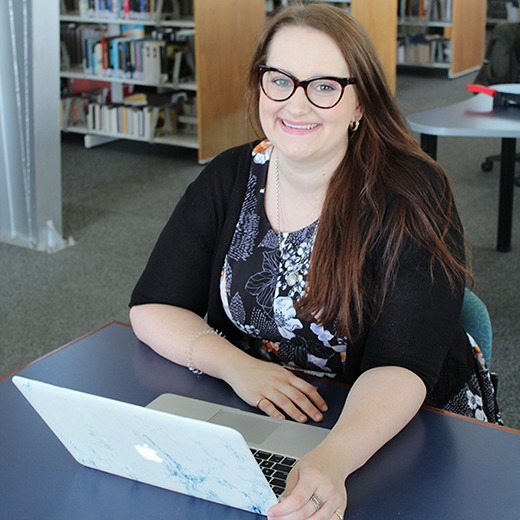 A USC student’s efforts to promote equality in the legal field has seen her named as a Law Student of the Year finalist at the 2017 Women in Law awards.

Jessica Popple, 23, of Sippy Downs was picked as one of just 10 students Australia-wide to be shortlisted for the award, to be presented in Melbourne on 20 October.

Now in her final semester of a combined Laws/Arts degree at USC, Jessica was nominated for the award by the president of Women’s Lawyers Association of Queensland Cassandra Heilbronn, as well as a fellow USC student.

She is a regular volunteer at the Suncoast Community Legal Centre, where she uses her legal knowledge to help advise a range of clients.

The Noosa District State High School graduate said she was surprised and delighted to be considered among Australia’s top 10 female Law students.

“It’s really humbling to have my name in the mix for an award of this calibre,” Jessica said. “I wasn’t expecting it, but it’s lovely to have my work recognised.

“I’ve helped run a lot of events at USC with the LSA, but I think the event I’m most proud of was our annual Women in Law breakfast, where the guest speaker was the former President of the Queensland Court of Appeal Margaret McMurdo.

“My involvement with each of these associations has all been about connecting with people – not only industry professionals, but also with other students, as my future colleagues.”

Jessica, who hopes to pursue a career in the community legal sector, said she was looking forward to mixing with some of Australia’s top lawyers at the Women in Law awards night.

“I couldn’t have been shortlisted without the support of my lecturers and tutors,” she said. “I’m so proud to be part of the USC Law School and LSA because we’ve gone from strength to strength in the few years since they began.”