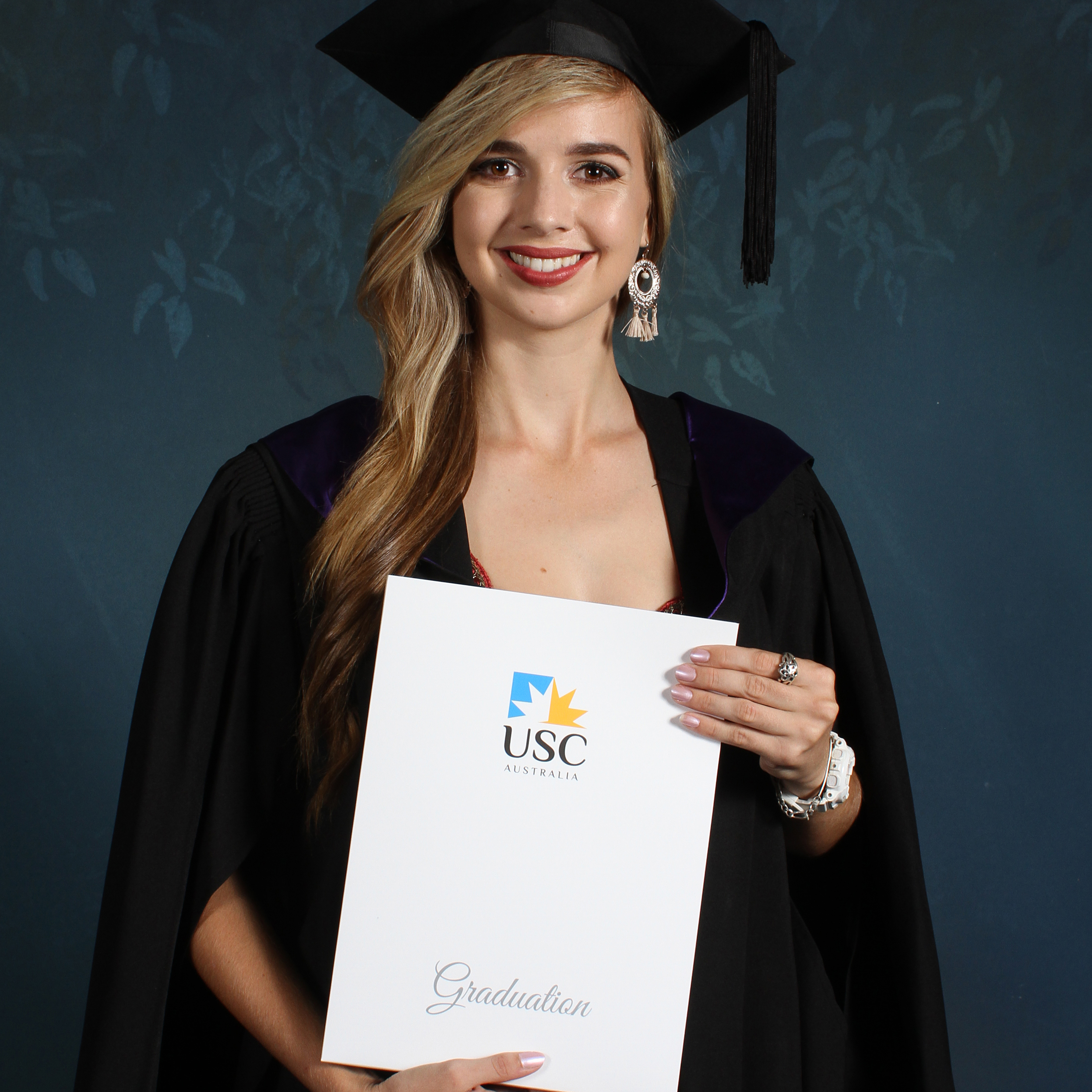 A talented wildlife photographer is on her way to becoming the next Sir David Attenborough after completing a degree through the University of the Sunshine Coast.

Kate Berry, 22, of Cashmere, near Petrie, recently graduated with a Bachelor of Animal Ecology that included a minor in Digital Photography.

The former St Paul’s Anglican School student has already started working as a photographer at the world-famous Australia Zoo.

“It’s the perfect job for me because I get to help inspire passion towards the natural world with my camera, turn fears into fascination and contribute to conservation,” Kate said.

“As a photographer at Australia Zoo, I get to take our patrons on close-up animal encounters, which Steve Irwin believed helped people to fall in love with a species and prompt them to join him on his journey to save them.”

Kate, who is inspired by Steve Irwin and other conservation legends like Sir David Attenborough and Jane Goodall, said she wanted to work closely with the media to promote wildlife causes.

This goal was boosted recently when she received a National Geographic early-career grant to complete a research project in the Galapagos Islands on marine iguanas as part of her Honours in Animal Ecology through USC.

“Marine iguanas have captured the curiosity of the world through film, but there’s still not much known about their behaviour, performance, evolution and how their environment has helped shape their physical characteristics,” Kate said.

The research trip follows an earlier excursion to the unique archipelago that Kate completed as part of her final-year undergraduate studies.

“I’ll visit several of the islands to examine the marine iguanas because they’re at risk from drastic climate change and ecotourism,” Kate said.

“I’m going to do an inter-species study that will not only provide the first insight into marine iguana locomotory performance, but also provide insight into the evolutionary trade-offs and adaptations for the marine environment in reptiles.

“Just like so many other species on the islands, there’s almost enough genetic difference between populations on the islands for them to be classed as new species.”

Applications are now open for mid-year entry to study at USC, with Semester 2 starting July 23.

USC’s annual Open Day at its main Sunshine Coast campus will be held on Sunday 22 July and at its Caboolture campus on Sunday 5 August.