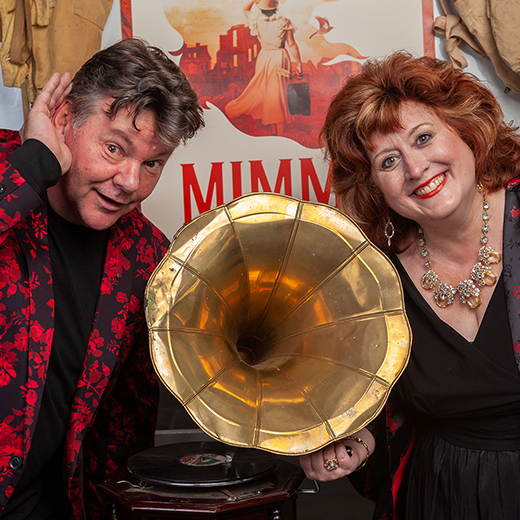 USC is set to host a free public performance by three of the stars of Mimma, a new Australian musical about war and friendship that has premiered this month at Perth’s Regal Theatre.

University students and staff will join other fans of music, dance and drama from across the region at the USC Gallery’s lunchtime concert on Thursday 23 May from 12-1pm.

The three musicians are:

USC’s Artistic Director of Music Sean O’Boyle AM was also in Perth for Mimma’s run from 9-21 April after his appointment as its musical director and orchestrator.

Mr O’Boyle has conducted performances from the Sydney Opera House to the Lincoln Centre in New York. He is a multi-ARIA-award nominee for CDs in collaboration with the ABC and has worked with major recording artists such as James Morrison and Kate Ceberano.

“This is a USC consultancy and Suzanne and I are terribly excited to help develop this wonderful show, so it can appear all over the world,” he said.

“It is important for USC’s student body to learn from educators who are practitioners at the highest levels of their craft.”

The USC Gallery’s lunchtime concert will be part of its Music at USC 2019 series supported by Noelene Shadforth.

The Director of USC Clinical Trials, Lucas Litewka, has been recognised nationally for his significant contribution to the medical technology and pharmaceuticals (MTP) sector.