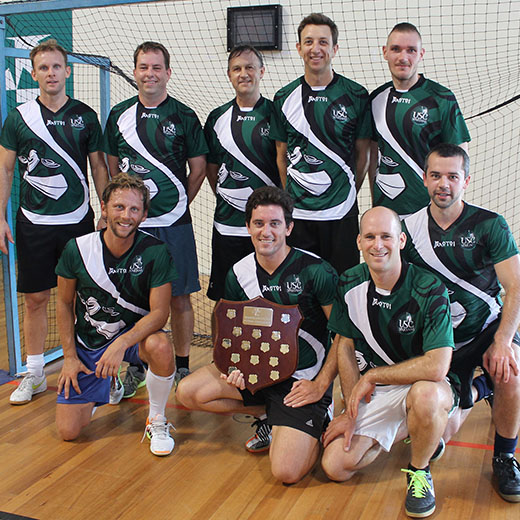 Staff from the University of the Sunshine Coast and Chancellor State College will battle it out in their annual futsal challenge tomorrow, Friday 11 December.

The match will kick off at 10am at USC’s Indoor Sports Stadium and media are invited to attend.

USC Sport Manager Nathan Gordon said the annual competition, which began as a friendly rivalry between institutions, was now in its ninth year.

“In 2007 the former Chancellor College principal and I thought it would be a good idea to start the tradition of a joint sporting match, and to have it on the last day of high school year so the students could come along to watch,” he said.

“We chose futsal because it’s such a fun spectator sport.”

This year’s game is expected to attract more than 300 spectators.

Mr Gordon said the USC team was hoping to continue the winning form that had seen it take out seven matches in eight years.

“It’s a closely contested game but is always played in good spirit, and the teams enjoy playing in front of a packed stadium,” he said.

The winning team will receive a commemorative shield.