Aussie of the Year at USC Domestic Violence forum

Aussie of the Year at USC Domestic Violence forum 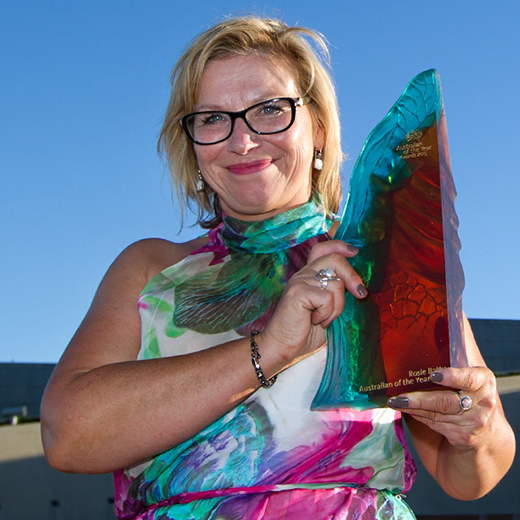 Australian of the Year Rosie Batty will be the keynote speaker at a major domestic violence forum at the University of the Sunshine Coast early next month.

The family violence awareness campaigner will discuss the need for increased education on safe and healthy relationships at the Sunshine Coast Domestic and Family Violence Symposium on Wednesday 9 December.

The ‘Make It Stop’ conference, jointly organised by USC and child welfare group SunnyKids, will gather representatives from government, community groups and the public at USC’s Innovation Centre auditorium from 10am to 4pm.

Ms Batty was named the 2015 Australian of the Year for her tireless advocacy for family violence prevention after her 11-year-old son Luke was tragically killed by his father in February 2014.

In a recent speech, Ms Batty said many Australians were unaware of the prevalence of family violence and uncomfortable conversations needed to take place to bring the issue out from the shadows.

Her keynote address will open the conference, which will also feature presentations from USC Psychology, Communication, Law and Social Work academics, as well as delegates from local legal and welfare organisations.

The afternoon session will include a work-group discussion on the community’s desired responses to various aspects of domestic violence to help create a best-practice response.

The day will culminate in an informal handover of actionable ideas created at the symposium to local and State government representatives.

“While domestic violence is personally experienced, it’s not a private, personal matter,” she said. “It’s a public matter, because the scale is so extreme that it is affecting the substance of communities.

“We want to see different groups that have different perspectives coming together and comparing notes about what works and what doesn’t work.

“I think now that domestic violence is on the political agenda, we need to ask how we can stop it, and the symposium will help us investigate criminal, social and community-based responses.”

Registrations for ‘Make It Stop’ 2015 Sunshine Coast Domestic and Family Violence Symposium can be made on the event website.

For Jayd Hobdell of Narangba, graduating from USC with a combined degree in Business and Arts has tied together her love of fashion design with a passion for business.

USC graduate Raphael McGowan will join some of the world’s top young entrepreneurs in a prestigious boot camp before the launch of his first sun care product.

The overall experience of students in USC’s Psychology program has been ranked the best of all public universities in Australia.