Species find ways to keep their cool as oceans heat up | UniSC | University of the Sunshine Coast, Queensland, Australia

Based on three decades of fish and plankton surveys, the team was led by Professor Michael Burrows from the Scottish Association for Marine Science (SAMS), who equated the analysis to an electoral poll of the ocean, showing swings between types of fish and plankton normally associated with either cold or warm habitats.

The team found subtle changes in the movement of species in response to warming oceans were making a huge, and previously unknown, difference to the global picture.

The findings were published today in the journal Nature Climate Change.

“Warm-water species will be resilient because they are able to move towards cooler waters,” Professor Schoeman said.

“This means we can expect predictable reorganisation of species in rapidly warming areas and, while many species will persist, they just won’t be found where we are used to seeing them.”

However, the study also suggests that some cold-water species will continue to thrive by seeking refuge in cooler, deeper water.

“This is an interesting phenomenon that has been proposed in the past for a limited number of species but now we have demonstrated it with a large species pool,” Professor Schoeman said.

“In areas where surface temperatures are changing rapidly, but where cooler waters exist close to the surface, many fish species can avoid the effects of warming by instead simply moving deeper in the water column,” he said.

“This is particularly important for some fisheries, where boats are geared to a specific fish stock, because it means that their target species will likely persist locally under climate change for longer than they otherwise might.”

Professor Schoeman said one of the key implications from the study was that it confirmed that climate change was already happening, and its effects were predictable.

“We can now predict how communities of marine animals will respond to future ocean warming, which gives us time to plan to conserve those at risk, and potentially to take advantage of emerging opportunities,” he said.

Professor Burrows said there had been a significant temperature rise of almost one degree Celsius in some parts of the ocean since 1985.

“While this may not sound like a big change, it has a considerable impact on species that may already be on, or close to, their maximum temperature tolerance,” Professor Burrows said.

“A gradual temperature change like the one we are witnessing is not going to cause extinctions overnight, but it is affecting the success of many species, not least zooplankton such as copepods, which are crucial to the ocean food web.”

The study looked at data from the North Atlantic, Western Europe, Newfoundland and the Labrador Sea, the East Coast of the USA, the Gulf of Mexico, and the North Pacific from California to Alaska.

While the global warming trend was widely seen, the North Atlantic showed the largest rise in average temperature during the time period. 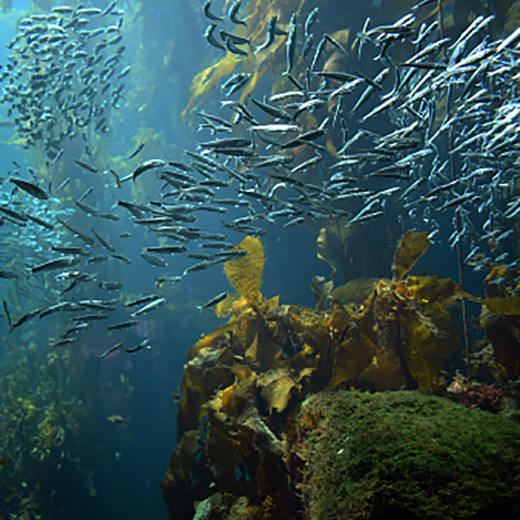