The teams received a total of $1,000 in the Paramedics Australasia Student Scientific Grant Awards, in partnership with the KJ McPherson Education and Research Foundation.

They had been required to produce a scientific poster on a topic of their choice, exploring the evidence base behind paramedicine practices.

Courtney Smith, Carly Eygenraam, Javier Vega Sanguesa and Phillip Williams found that the acute nature of an Addisonian crisis, a rare condition of adrenal insufficiency, warranted the urgent administration of corticosteroids to patients before hospital admission.

They were awarded the $600 winner’s prize.

Shelley Boller, Monique Hall, Letitia Posey and David Saunders examined whether paramedics should administer insulin to people with a complication of diabetes mellitus called DKA (diabetes ketoacidosis) before the patient was admitted to hospital.

Their analysis showed the benefits did not outweigh the risks, and made recommendations about diagnostic equipment in ambulances.

They were awarded the $400 runners-up prize.

Senior Lecturer in Paramedicine Dr Nigel Barr said the scientific posters were part of students’ USC degrees and taught them how to judge research methods and statistical findings to inform guidelines used on the job. 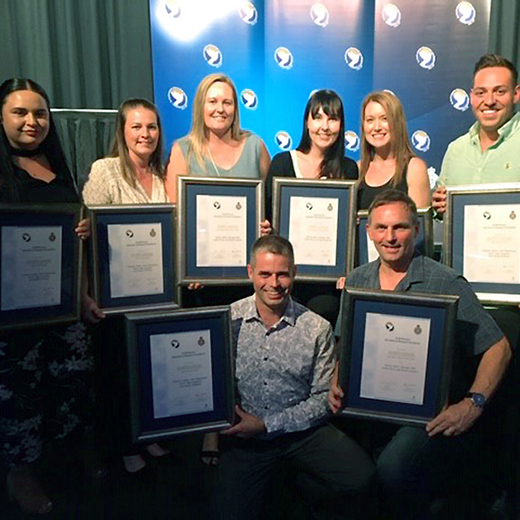