Shannon Nestor, 28, of Maroochydore, recently received the organisation’s annual Undergraduate Award for Excellence in Soil Science from Queensland Chief Scientist Professor Hugh Possingham after presenting her study to professionals at an event in Brisbane.

Shannon said electrical conductivity could be a marker of pollution in river systems, and the elevated level in the Mooloolah River catchment had been observed by other USC researchers over five years.

Her project, supervised by USC Lecturer in Earth Sciences Peter Davies, found that two of five estuarine site samples taken had elevated electrical conductivity but that the heavy metals observed in these samples were below action thresholds.

“These results indicated that the cause was not from contamination from industrialisation or urbanisation, but from an increase of saltwater incursions as a result of sea level rise,” she said.

Shannon received a Commendation for Academic Excellence when she graduated from USC last year with a Bachelor of Environmental Science and is now undertaking a Science Honours degree.

She is also working part-time as a graduate environmental scientist at Future-Plus Environmental, a consultancy operating from the Sunshine Coast and Brisbane.

Shannon said two soil science subjects during her undergraduate degree had sparked her interest in the field.

“I learned that I had underestimated the value of soil and the complexity of its structures,” she said.

“My career goals are now focused on the remediation of contaminated soils and the restoration of degraded soils and ecosystems.” 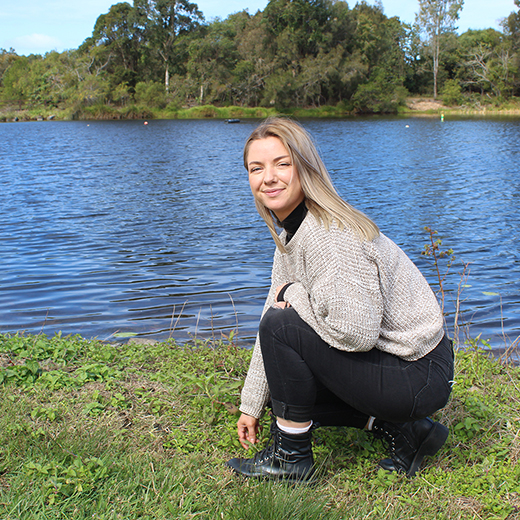