A University of the Sunshine Coast nutrition academic’s fermented food and drinks have won a swag of awards at one of the country’s top fine food competitions.

USC Lecturer in Nutrition and Dietetics Tania Wiesmayr-Freeman, her husband Andrew Freeman and business partner Marie Horton own The Fermentier, which scored an award for each of its nine entries at the 2021 Sydney Royal Fine Food Show.

It was the first time the business had entered a competition and Ms Wiesmayr-Freeman was stunned at the result.

“We were hoping to at least get one medal – but all of them? I knew our products were good but had no idea they were that good,” she said.

Ms Wiesmayr-Freeman credits a series of USC connections to setting her and The Fermentier on the path to success.

“It started with Lydia Sutakowsky, a former lecturer in Nutrition and Dietetics, who was getting really interested in gut health,” she said.

“So I went to one of her workshops, learned how to make sauerkraut and kombucha, and that was it – I was hooked.”

Encouraged by people who tasted her early efforts, Ms Wiesmayr-Freeman and her business partners established The Fermentier about three years ago.

She said USC’s Innovation Centre and its GrowCoastal program was crucial to their success.

“Not only did it provide me the opportunity to network with other food producers, I was also able to apply for a three-month food accelerator business planning program which, among other benefits, helped secure a government grant for new labels.”

“That was perfect timing for us as we needed to do a business plan,” she said. “Because of that, we sought business advice before we shifted into bigger premises. We needed to know if the money we’d make from producing more fermented food would cover the extra cost of the larger site.”

But despite the attention given to the business, the USC academic’s main areas of focus remain on the health benefits of fermentation and the taste of the food.

“Dietitians are perfectionists, and we are foodies,” she said. “I want to teach people how to use fermented food and drinks and fall in love with them for health reasons. But they have to taste fantastic.”

Ms Wiesmayr-Freeman said while fermented foods, and the bacteria they contained, were good for people, some health claims were exaggerated and not backed by strong evidence.

“It’s certainly not going to heal you of everything. But it’s part of a complete picture of a healthful diet,” she said.

Korean Chilli Kimchi: Gold award with a score of 93/100 and was the highest-ranking kimchi and achieved the second highest score overall in the Pickled, Marinated Fermented Dried and Preserved products section.

Honey Jun Kombucha, Crisp Apple Kombucha and Lemon, Lime and Ginger Water Kefir: Silver awards in the natural base/non-carbonated drinks section. (Its five entries in this section were in the highest seven scores). 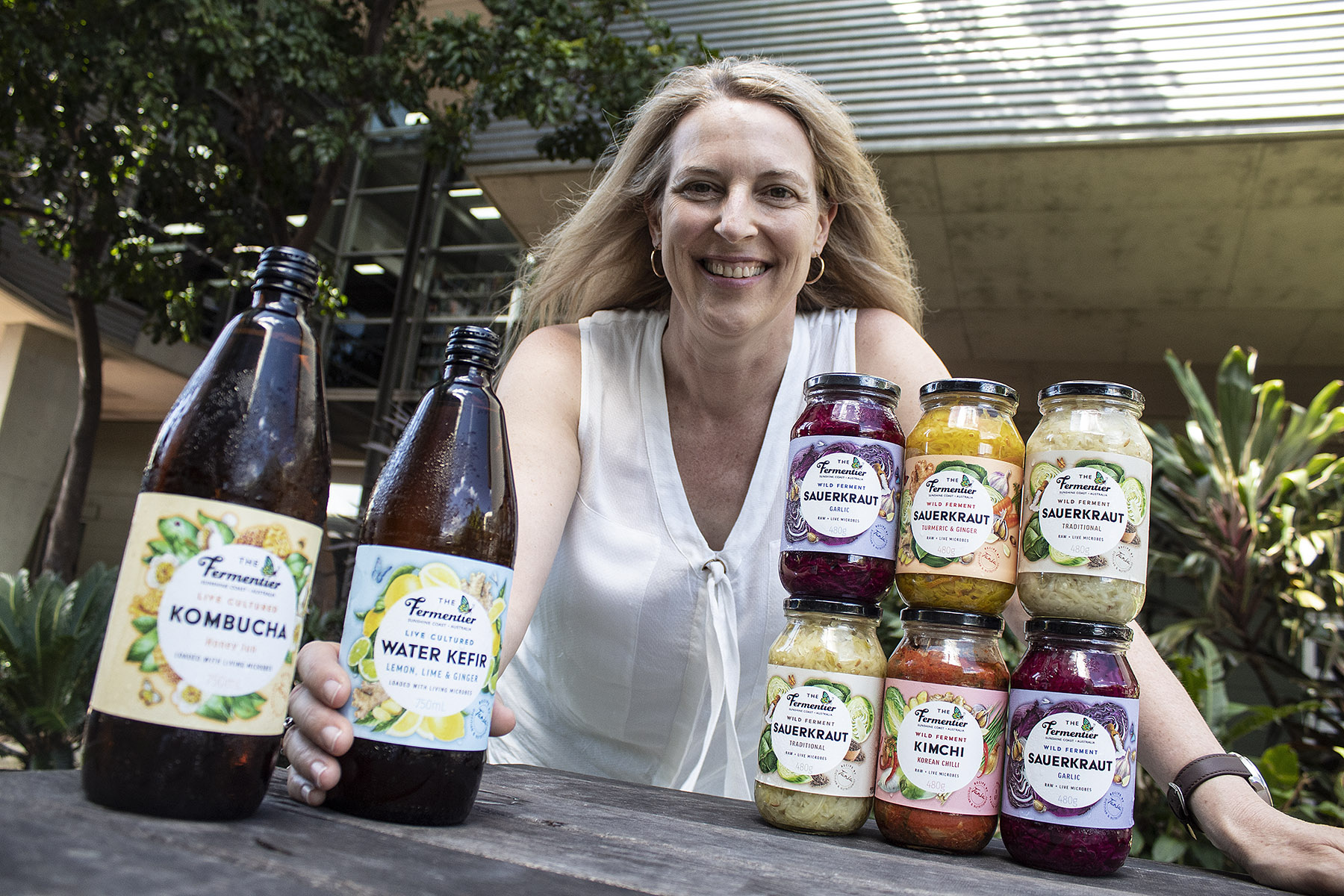