Uncle Kev Starkey of Glenwood will be honoured by the University at a graduation ceremony on Wednesday 29 September for his significant contribution to First Nations music and language, including mentoring young and emerging artists.

He has worked to preserve Indigenous language and has used his music to create worldwide awareness about environmental damage and the destruction of cultural sites around the world.

Uncle Kev, who was born and raised on Gubbi Gubbi country and whose traditional country is Narungga/ Adnyamamathanha and Saibai, said he said he felt gobsmacked and humbled about becoming an Honorary Senior Fellow of USC.“I live by the manta that success comes from helping others to succeed, so to be recognised for my efforts is a great honour,” he said.

Uncle Kev has recently been working alongside USC academics to develop what is believed to be the first Bachelor of Music in Australia to include a First Nations music minor.

He said this partnership would position First Nations music, knowledge, consultation and practice at the centre of the music degree that will be delivered for the first time in 2022.

Uncle Kev had for many years performed and worked interstate to advance Indigenous education but returned to the Gympie area four years ago to open Darkwood Studios – the only privately owned and operated First Nations record label service in Australia.

He is one of the founding members of the First Nations Artist Collective, which consists of all arts disciplines and supports current and emerging artists across South East Queensland. 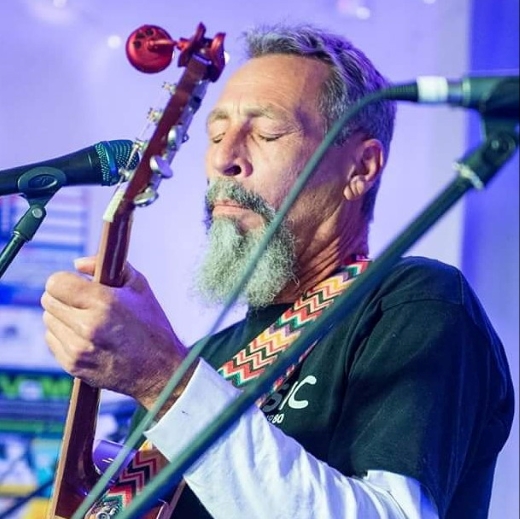