They have both been named most Outstanding Alumni for 2022 as graduates of the University of the Sunshine Coast.

Other Alumni of the Year recipients are Sunshine Coast Lightning’s Player of the Year Mahalia Cassidy (Regional Achievement) and Alise Fox (Rising Star), who has forged a career using her skills in mathematics and science to prevent overfishing on the Great Barrier Reef.

Sometimes it takes receiving an award to reflect on the places and experiences that have led recipients to where they are today – and that is the case for Candice, a UniSC Arts and Education graduate, who also completed Honours in Creative Writing at the university in 2011.

“This award means so much to me because it is a marker in time,” says Candice. “It has forced me to look back to see how far I have come, and it just makes me so proud to be able to represent my university.”

Accolades are nothing new for Candice, who since her debut novel HADES in 2014 has published 14 bestselling novels, with her 15th due for release early next year. One was adapted into a major ABC TV drama series Troppo and distributed globally earlier this year.

She has been shortlisted by the Australian Crime Writers Association for every solo novel she’s written, and has won three of their Ned Kelly Awards. She has also featured on the New York Times bestseller list seven times with her collaborations with James Patterson.

“I want to be an example for students to say this is what is possible if you study here," Candice says.

“I have so much experience and knowledge now, and I want to offer whatever I can for students who are on the same path as I am, to have the same hope that I have.”

It is a sentiment shared by Brad who said he was humbled to share the honour of being named this year’s UniSC Outstanding Alumnus of the Year.

Brad credits the opportunities that flowed from completing three degrees at UniSC, including a PhD in 2013 in cardiovascular physiology, for taking him from the Sunshine Coast to becoming a major executive at a Nasdaq-listed bio-tech company in New York City.

“I love being at the cutting-edge of clinical treatments and helping get products to market that help address a need,” says Brad, whose PhD supervisor Associate Professor Chris Askew remains his mentor, colleague and confidante.

“I am just so thankful that UniSC has bestowed this award upon me because I feel that I owe much to the university. Anything I can do as an alumnus I will always do it.”  [Read more about Brad’s story here.] 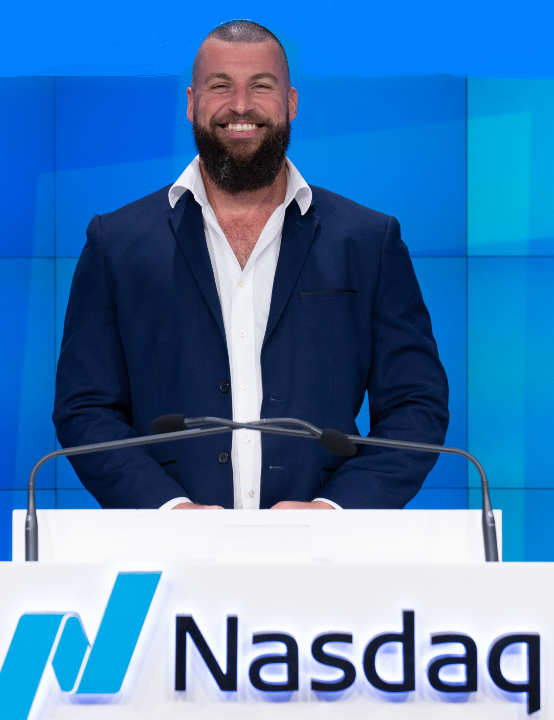 UniSC Vice-Chancellor and President Professor Helen Bartlett says the annual awards recognise and celebrate the many and diverse achievements of UniSC alumni.

“They are an opportunity to share some of their inspiring stories and shine a light on the innovative and trailblazing contributions our graduates are making locally, nationally and around the world,” Professor Bartlett said.

She said this year's recipients were outstanding alumni, and wonderful role models for future and current students, and other UniSC graduates.

“They not only show leadership and innovation in their fields but choose to give back to their profession and community,” Professor Bartlett said.

Candice shares her expertise though community workshops and classes in crime fiction, mentors aspiring writers and is committed to writing about social issues, including mental health, poverty, racism, sexual abuse and institutional corruption.

Mahalia, a 2019 Occupational Therapy graduate who had an outstanding season in the national Suncorp Super Netball, proved her star power both on and off the court this year to be awarded UniSC Regional Achievement award.

She donates countless hours to the community though coaching sessions for young netballers across the University’s footprint and encourages young children to be active and participate in sports.

Mahalia is also part of Lightning's Reconciliation Action Group and volunteers one day per week at STEPS Pathways College – an organisation designed to develop independence for people with a disability.

Alise, a former maths and science teacher, who completed a Bachelor of Science and Education followed by a Master of Science at UniSC in 2019, received the Rising Star award for her early achievements and promising future in mathematical modelling techniques and real-world systems.

“I get to combine two of my biggest passions, mathematics and modelling; and sustainability, and to use the skills I have to make a difference and protect our oceans and marine life,” Alise said.

She said the award highlighted the importance of staying connected to the university after graduating.

“For me, whether it is coming back to the campus to train as part of the university’s Quidditch team or having a work-integrated learning student do a placement with me, it is really important to keep those ties open for the next cohort of students.”