World solutions could be found in Aussie bog | UniSC | University of the Sunshine Coast, Queensland, Australia

Solutions to some of the world’s biggest problems could lie in the boggy backblocks of Australia’s East Coast, according to University of the Sunshine Coast researchers.

A team of UniSC scientists and students will take samples of peatlands through South-East Queensland from Stradbroke Island and up to K’Gari at Fraser Coast – seeking new antimicrobials and insights for capturing carbon.

“Peat swamps, known as bogs when they are not in forest, capture more carbon than trees, in fact peatlands are the most efficient carbon sinks on Earth,” Professor Yule said.

“Peat can store up to 66 kilograms of carbon per cubic metre, much more than tree biomass which can store up to 5.7 kilograms, but when humans start messing with it, that’s when it breaks down and the carbon ends up in in the atmosphere.

Professor Yule has spent more than 20 years studying the world’s largest peatlands in Malaysia, Indonesia and Brunei, and says the drainage and conversion of peatlands to oil palm plantations has led to terrible fires that carry toxic smoke across South East Asia, so thick it can be seen from space.

“Because of peat burning, Indonesia has become the fourth-largest global emitter of greenhouse gases after China, the United States and India,” Professor Yule said.

“Peat has been cut up and burned for fuel for centuries, which is bad in itself, as it releases carbon dioxide and toxic particulates, but peatlands in the permafrost of the northern hemisphere are now thawing out and releasing enormous quantities of methane, which is even worse for the atmosphere.

“But while it’s a massive problem, it could also offer a great solution if we look at how we can harness the carbon-capturing properties of peat to trap emissions that would otherwise lead to global warming.”

Peat is undecomposed plant material that builds up over many thousands of years under waterlogged, low nutrient acidic conditions and it can contain as much as 90 per cent trapped water.

Because it is an extreme environment, novel microbes have evolved in peat and they compete for the scarce nutrients by producing antimicrobial compounds and novel enzymes which could have potential for healthcare, manufacturing and other uses.

Professor Yule’s team has discovered seven new microbes in tropical peatlands and she is looking forward to what they might find in Australia’s largely un-studied peatlands. The team will be joined by Dr Darshanaa Chelliah who is visiting on a prestigious APEC-Australia Women in Research Fellowship (STEM Partnerships).

They will discuss their plans at a Workshop on Regional Peat and Wallum Ecosystems tomorrow, which will be attended by researchers and experts from councils, government and organisations.

“As a university ranked in the top three per cent globally for climate action in the Times Higher Education 2022 Impact Rankings, and with a clear focus on finding benefits for our regions, it’s very exciting to embark on this globally impactful project so close to home,” Professor Young said.

“This complements other areas of our climate change research such as forest restoration, seaweed regeneration, and ocean impacts – all important fields that contribute to the United Nations Sustainable Development Goals that underpin our research agenda.

“We also back up our commitment to climate solutions on our campuses, where we run initiatives to address energy, waste, recycling and the use of green cleaning practices in our daily operations.” 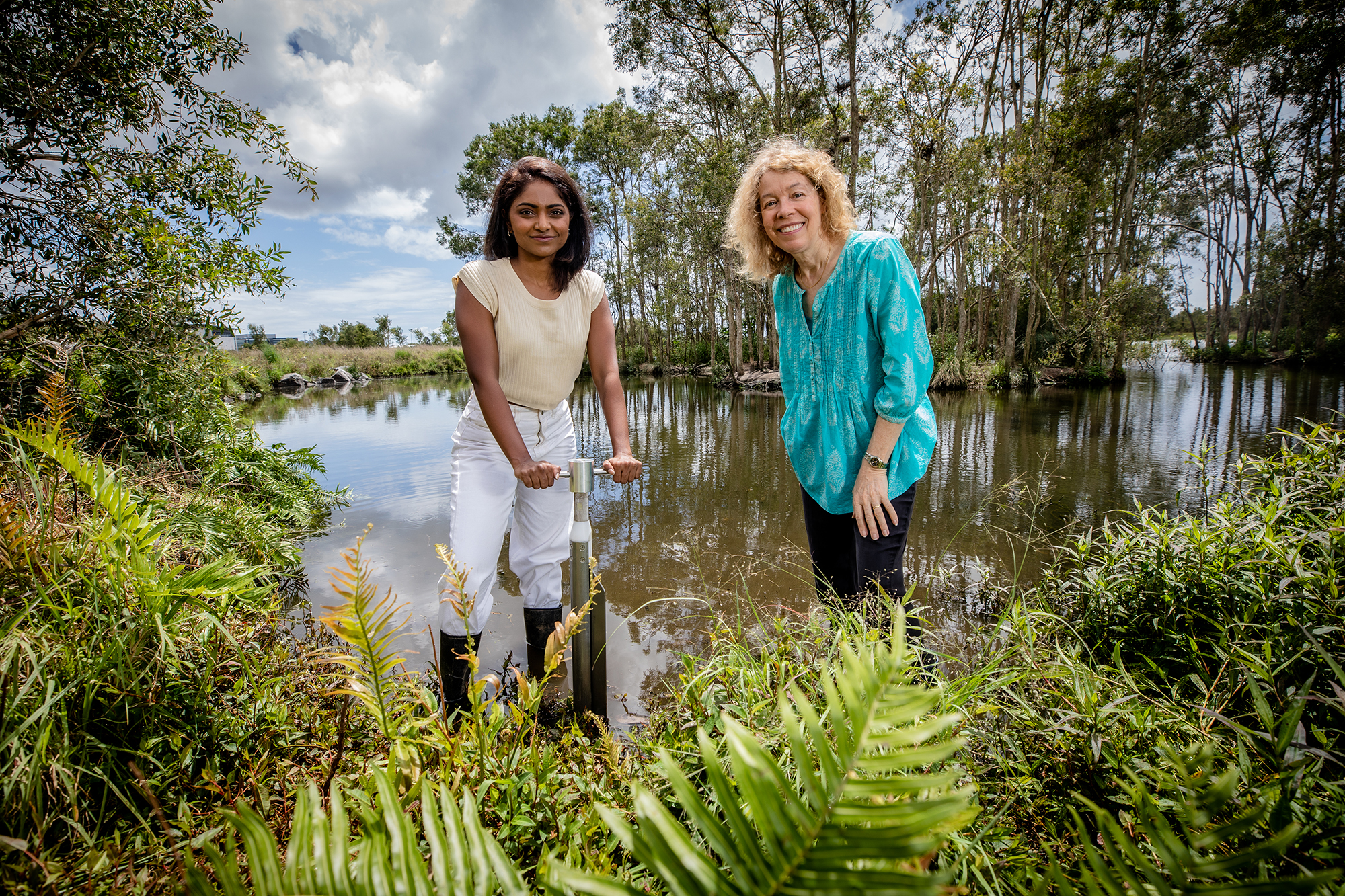 Healthy ageing can be addressed at any age, forum experts say

Don’t wait for a decline in wellbeing before thinking about healthy ageing, says the organiser of this Friday’s Healthy Ageing Forum, who encourages adults of all ages to attend.

Walking past the pain

How UniSC researchers are working with patients to find a solution for a painful leg condition.