As a school guidance counsellor, Kassie Bromley is used to shaping young minds. Now as a PHD candidate at UniSC’s Thompson Institute she’s back in schools – this time shaping brains - with a new pilot program.

“Often we work with reactive approaches to treating mental health disorders. But if we can implement proactive measures, we can safeguard adolescent brains and hopefully intervene before mental health difficulties emerge,” she said.

According to 2020-2021 National Study of Mental Health and Wellbeing, two-in-five Australians aged 16 to 24 had a mental disorder within the previous year, the highest rate of any age group, and a 50 per cent increase since the last national survey in 2007.

Professor Daniel Hermens, whose own breakthrough work in ‘brain-fingerprinting’ with UniSC’s Thompson Institute is helping predict the likelihood of adverse mental health in adolescents, says the scale of the problem is reflected in the evidence.

“With A$11 billion spent on mental health-related services in Australia every year, better prevention via early detection should be an urgent priority,” Prof. Hermens said.

“The Brain Changer workshops directly links these things,” he said.

The issue is not lost on those it’s affecting.

But relaying the information is only half the battle. Getting it to stick is another matter entirely.

That's why the Brain Changer workshops use neuroscience about how teenagers make decisions, to help shape the workshops and increase the likelihood of students adopting them. The workshops are also full of engaging neuroscience content which is made relatable for teenagers.

“What is really striking is how interested young people are in their own brain and how it works” Bromley said.

“The challenge for researchers and educators, is that many types of education and intervention programs aren’t all that effective during adolescence.

“So it’s about really helping them understand the importance of these brain changers in shaping a healthy brain right now, not just in the future”.

“It’s really nice to be a part of that. Not just doing the research, but then going, well now what next – how do we make a difference?” she said.

The Brain Changer workshops are being trialled across several schools on the Sunshine Coast, with teacher consultations also underway to examine their feasibility and how best to implement them in the classroom.

“It’s been fantastic that schools have been so eager to get on board with us and I think it shows how much the schools that we’re working with are prioritising mental health and wellbeing for their students, and how keen they are to be able to have that information delivered to their students.” 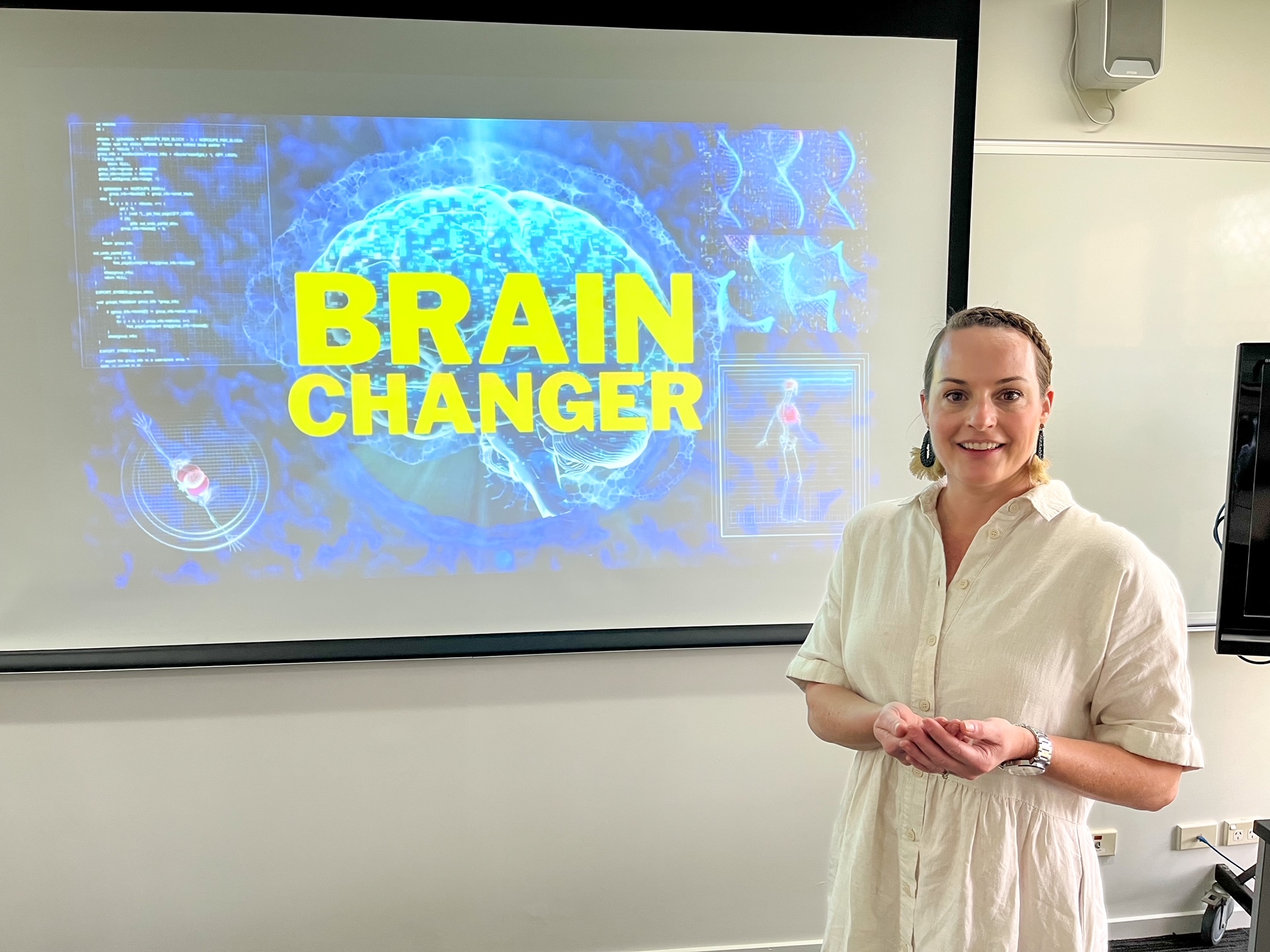