Space, satellites and shifting sands - How a UniSC partnership is hoping to save Queensland’s coast | UniSC | University of the Sunshine Coast, Queensland, Australia

The University of the Sunshine Coast is looking to the sky to explore the sea, in an ambitious new project to help future-proof our shorelines.

UniSC Lecturer in Geography Dr Javier Leon says with the effects of climate change and erosion looming as ever-present threats to Queensland’s coast, it presents a unique opportunity for almost real-time monitoring of coastal areas.

The project combines cutting-edge satellite imagery of Queensland’s sea floor with drone surveys of its shore and dunes, to paint a comprehensive picture of the Sunshine Coast’s shifting sands.

“When we merge the two, we get this kind of seamless elevation data from the dunes all the way down to the surf zone. That’s where the most sand moves,” Dr Leon said.

UniSC is collaborating with EOMAP, The University of Queensland and Noosa Council on the project, which is funded by the Queensland Government’s SmartSat Cooperative Research Centre (CRC) as part of its Queensland Earth Observation (EO) Hub.

Once collected, the data will be used by Dr Dan Harris from The University of Queensland for numerical modelling, to predict if and when a significant erosion event might happen.

“This data is usually non-existent, or super-expensive to get. So in previous modelling we have typically relied on older data.

“But because the shore area changes so much – and due to this triple La Nina it’s been moving more than ever – having up-to-date data is essential” Dr Leon said.

The data and predictive models will be made available as an online resource for Noosa Council, to help them make informed decisions on managing their shores. It coincides with the council’s recently adopted Coastal Hazards Adaptation Plan, which identified the need to future-proof Noosa’s shores against threats like erosion.

“Collaboration is pivotal to reaching sensible outcomes regarding the protection of our coastline,” Noosa Mayor Clare Stewart said.

“Noosa Council is keen to help facilitate the use of up-to-date coastal monitoring systems to better understand and prepare for the impacts of coastal hazards.”

With a third La Nina summer almost upon us, the project comes at a volatile time for the Sunshine Coast’s shores. Dr Leon says the turbulent conditions have already taken a toll on the health of the beaches.

“Spring should be the peak time for accumulation of sand, but most beaches along the Sunshine Coast are narrow and flat, and most dune systems have large erosion scarps. These are all things we should be seeing after an active summer season. But we’re seeing it right now – before what might be a very active summer.

“The past three years have already been a problem with erosion. It’s almost getting too close for comfort on the main road along the coast – David Low way in Noosa for example. It’s not a massive issue now, but it could become one and we need to be prepared for things to come.”

It’s hoped the pilot project could be adopted by other local governments across Australia.

“With climate change expected to further exacerbate erosion along Australia’s coastline, evidence-based decisions through collaborations between government, industry and academia is the best way to tackle the problems we face,” Dr Leon said. 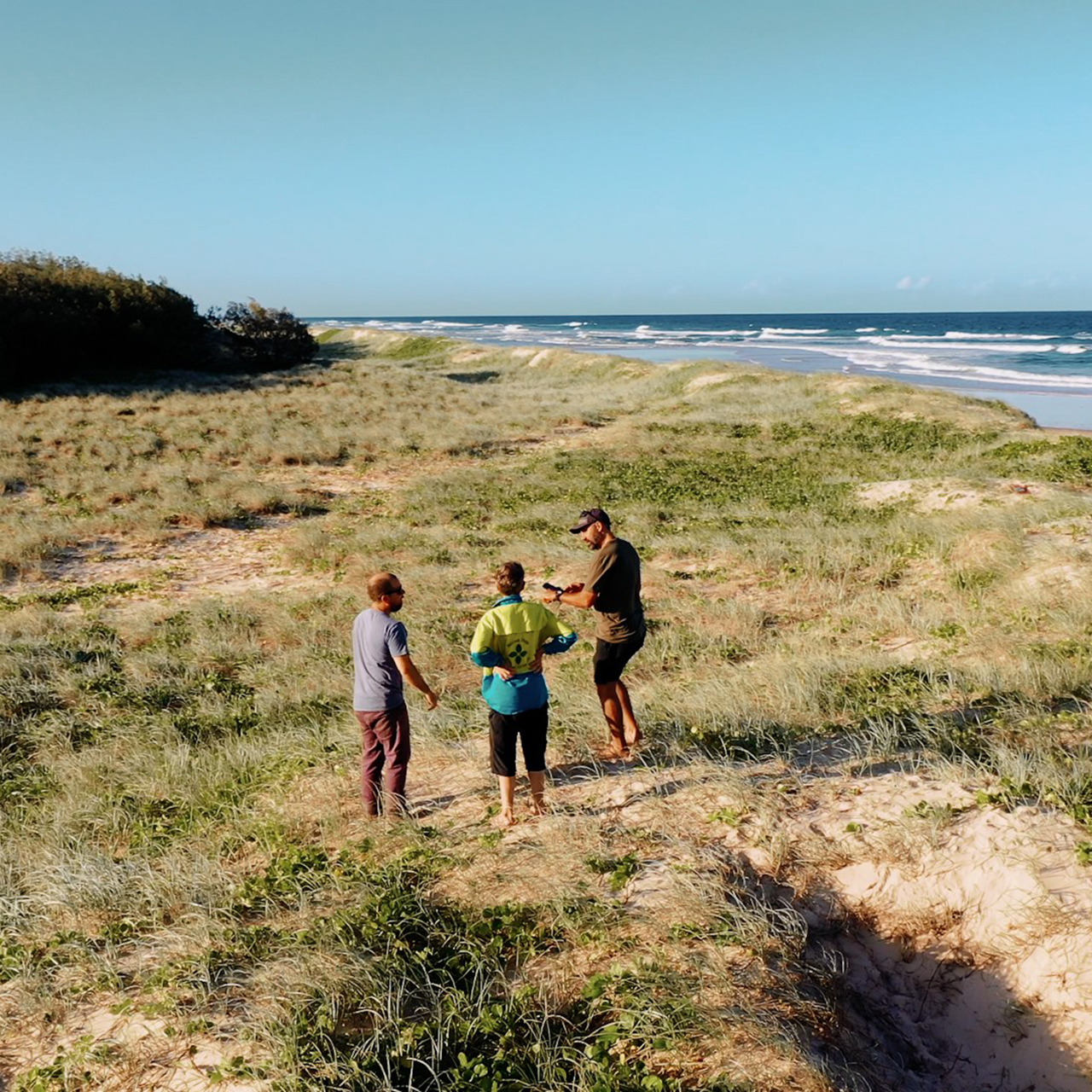