Inside the mind of a sceptic: the ‘mental gymnastics’ of climate change denial | UniSC | University of the Sunshine Coast, Queensland, Australia

The numbers of climate sceptics are dwindling. But they remain a noisy and at times powerful minority that continues to have political influence. This group is unmoved by the near-universal agreement among scientists on the reality and impact of climate change.

Past research into climate change scepticism has focused on sociodemographics. It has found people are more likely to express scepticism if they are older, male, highly value individualistic beliefs and don’t value the environment.

These characteristics are generally entrenched. It means this information, while interesting, may be of little use when trying to increase public support for climate action.

Our latest study of Australian sceptics focused on potentially more malleable factors – including the thought processes of people who reject climate science messaging. Our findings suggest some people reject consensus science and generate other explanations due to mistrust in climate science and uncritical faith in “alternative science”.

We hope these findings help researchers, scientists and those responsible for public messaging to understand and overcome sceptics’ concerns.

What factors did the study consider?

We broke scepticism down into four types based on rejection of, or uncertainty about:

Unlike in the United States, we found religious beliefs had little influence on climate change sceptics in the largely secular Australian population. Instead, they had faith in “alternative” or pseudo-science explanations.

Those who favoured explanations of chance, believing that luck determines outcomes, were also more likely to believe there was no need to act on climate change.

This suggests those who believe outcomes in life are beyond their control are more likely to think individual action on climate change is of little use. Hence, we suggest increased efforts to emphasise the difference individual efforts can make.

Those with stronger individualistic worldviews – their priority is individual autonomy as opposed to a more collectivist worldview – were more sceptical about humans causing climate change.

Contrary to our predictions, people with high analytical abilities were even more likely to be sceptical about this. Our further analyses suggested that mistrust in climate science and uncritical faith in “alternative science” prompted them to reject consensus science and generate other explanations.

How people explain their scepticism

We asked participants to explain their scepticism. From their responses, we identified five overarching themes:

So how do we begin to change minds?

In all, our results suggest climate change scepticism may be influenced by:

Unlike sociodemographic characteristics, these thought processes may more open to targeted public messaging.

In the end, reality bites. Multi-year droughts and successive never-before-seen floods will struggle to fit a sceptic narrative of yet another “one-in-100-year event”. Even the attitudes of Australian farmers, including some of the most entrenched sceptics, are shifting. 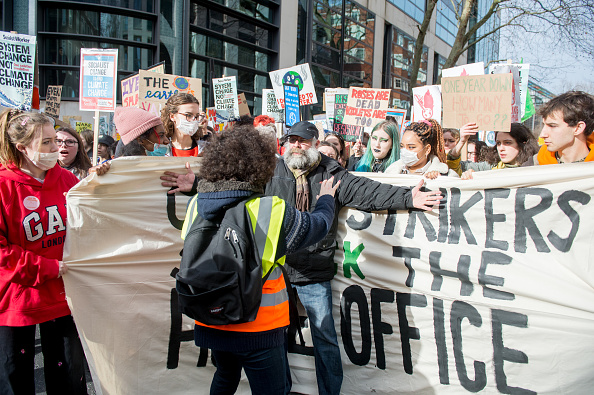 Spider venom could be key to stopping devastating honeybee mite

A University of the Sunshine Coast researcher is investigating whether spider and scorpion venoms have the potential to save Australia’s honeybees from the invasive and deadly varroa mite parasite.