USC expertise in sustainable tourism has contributed to a groundbreaking set of standards adopted by countries across Southeast Asia to ensure quality experiences for tourists and flow-on benefits to local communities.

USC Professor of Heritage Resource Management Bill Carter has returned from his presentation to the ASEAN Tourism Forum in Myanmar, where the new Community-Based Tourism (CBT) standards were endorsed by member tourism organisations and approved by Ministers.

The development of the standards was led by Cambodia, whose Minister of Tourism Dr Thong Khon has worked with USC for more than five years and is an Honorary Doctor of the University.

Professor Carter, who is Director of USC’s International Projects Group and a member of the executive of the Sustainability Research Centre, said the standards considered the wide range of existing and potential tourism products offered by communities as well as the diversity of contexts.

“These guidelines will play a critical role in ensuring that tourism projects support both the environments and the economies of poor regional and remote communities in Southeast Asia,” he said.

The project is the result of two years of work by the University with 10 governments.

“The CBT standards seek to build the capacity of communities, especially the rural poor, to engage directly with tourism, presenting to visitors their culture, livelihoods and the environments and activities that support the Khmer way of life,” Dr Thong said.

USC’s Sustainability Research Centre has a Memorandum of Understanding with Cambodia’s Ministry of Tourism and Griffith University to encourage collaboration for the advancement of sustainable tourism and related community development. 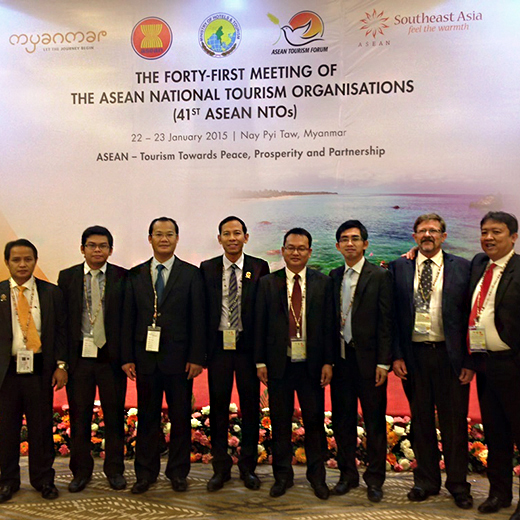 Snowflakes on eyelashes for students on Arctic trip

USC student Kristin Emanuelsen isn’t batting an eyelid at the Sunshine Coast’s start to winter after spending two months in temperatures more than 30 degrees below zero in Canada.