The dream of becoming a science fiction writer is now one step closer to reality for Glasshouse Mountains teenager Jesse Hughes who has just enrolled to study at USC.

Jesse, who achieved an OP2 at Glasshouse Country Christian College last year, said he was excited to have been accepted into USC’s combined degree in Arts and Science majoring in Creative Writing and Mathematics.

“My two favourite subjects at school were creative writing and science, so it made sense to study both at university,” he said.

“Choosing to study at USC was also an easy decision for me to make as it’s close to home and easily accessible by public transport … or by car if I manage to get my driver’s licence before semester starts.”

The studious 17 year old said that reading Douglas Adams’ The Hitchhiker’s Guide to the Galaxy a few years ago sparked his desire for a future career of writing science fiction.

Jesse said he was looking forward to experiencing university life during Orientation Week from 23-27 February before Semester 1 begins on Monday 2 March.

An estimated 3,900 new students will begin study at USC this semester.

For details about applying to study, contact the University on 5430 2890 or go to www.usc.edu.au/learn/how-do-i-apply. 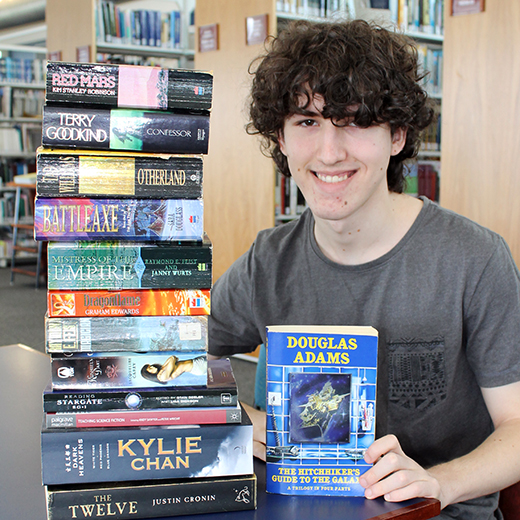