The University of the Sunshine Coast has won a national grant for a major research project aimed at developing a chlamydial vaccine for koalas.

Large grants have also gone to three other projects involving USC researchers. Two will be led by the University of Queensland to develop an advanced manufacturing industry based on customised stent devices and study climate change in the South Pacific, while another led by Griffith University will conduct a National Integrity System assessment.

Professor Timms said such a vaccine would be a significant and powerful new management tool to protect koalas in areas undergoing major declines.

“In many regions of Australia the long-term survival of the koala is under threat from a range of sources, including chlamydial disease, which severely reduces female reproductive rates,” he said.

“This three-year project aims to produce an optimised, safe, field-tested, protective vaccine that will then be ready for potential registration and use by koala care centres, wildlife hospitals and government departments.”

USC’s Deputy Vice-Chancellor (Research and Innovation) Professor Roland De Marco said securing funding for several projects in a single round was an outstanding outcome for the University of the Sunshine Coast.

“USC’s involvement in a major research node within the ARC ITRP research hub, a major national research centre in its field, is a first for the University,” he said. “It will bolster significantly the University’s research in biomedical science together with its engagement with the $1.8 billion Sunshine Coast University Hospital that is due to open in 2017.” 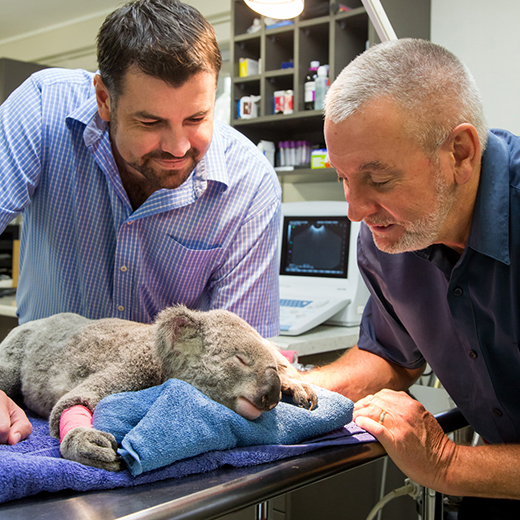