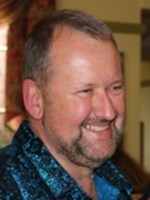 Patrick’s main research interests for the past 30 years have focused on the Pacific Basin and, as befits a true geographer, have been in a number of distinct areas. His early work on the Quaternary geology and tectonics of many islands and island groups in Fiji, Samoa, Tonga and Vanuatu still represents the latest word on many of these issues today. In response to an invitation from the Fiji Museum, he began a collaboration that lasted more than a decade and involved Patrick directing a number of excavations in Fiji, notably the seven-year programme along the Rove Peninsula in southwest Viti Levu Island that involved the discovery of what is still likely to be Fiji’s first settlement at Bourewa. Firmly believing in the importance of community awareness, Patrick has ensured that the results of his research have been returned to the people of the land in ways that they can understand its nature and importance, something helped in the case of Fiji by his fluency in the Fijian language and his familiarity with cultural protocols.

Climate change has also been a long-term research interest of Patrick’s, focused initially on the Pacific Islands region but now more generally situated in poorer countries (the 'developing' world) and the Asia–Pacific region. Sea-level change has been another focus of this research and Patrick was a Lead Author on the most recent IPCC Report (AR5, 2014) on the chapter on 'Sea Level Change' (available at ipcc.ch). For the last few years, inspired by the manifest disconnect between donor intent, community support and adaptive action in the Pacific Islands, Patrick has started to research the processes of environmental governance in rural/peripheral areas of the Asia–Pacific region with particular emphasis on understanding what needs to happen to ensure that adaptation strategies are both effective and sustainable. A interest is in oral traditions, particularly those that allude to or may encode memories of extreme events (such as volcanic eruptions, earthquakes, abrupt land submergence), and the ways that these might be used to improve adaptive strategies to future climate-driven environmental change.

Patrick’s world-class research in climate change has been extended with his appointment as Lead Author on the ‘Small Islands’ chapter of the next (6th) Assessment Report of the IPCC, scheduled for completion in 2022. He also gave Keynote Addresses at the Adaptation Futures 2018 conference in Cape Town in June 2018 and at the Climate Change and Islands Symposium, funded by the Volkswagen Foundation, in Hannover the following month. In November 2019, he gave a keynote address at the 28th Annual New South Wales Coastal Conference.

You can also visit Patrick at:

In addition to numerous peer-reviewed publications, Professor Nunn is the author of several books including:

Professor Nunn is also the senior author of the most viewed paper in the 119-year history of the prestigious journal Australian Geographer. The paper was published in September 2015 and describes Australian Aboriginal memories of coastal drowning. According to an editorial in the first issue of the journal for 2016, the paper was downloaded more than 14,000 times in its first six weeks online and as of August 2018 has been viewed more than 24,700 times.

In addition, Patrick has recently produced a number of popular articles, including: