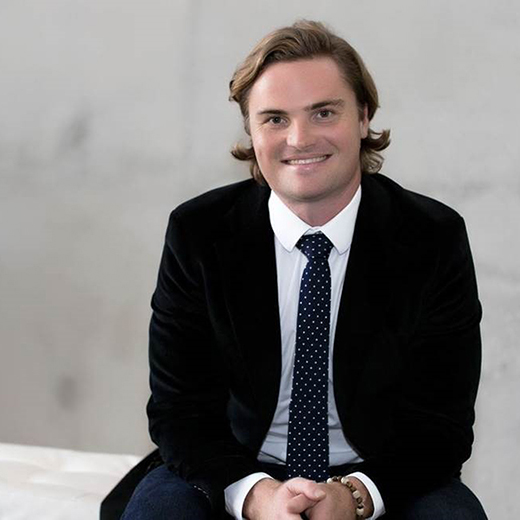 An online intervention program started by a USC graduate to reduce risky alcohol consumption across society is busy expanding its services with a $1.1 million funding injection from the Australian Government.

Chris Raine, who graduated from USC in 2009 with an Arts/Business degree, is the founder and CEO of Hello Sunday Morning, a free program that encourages young people to change their attitudes and approaches to binge drinking by abstaining for a number of months and receiving peer support as they record their experiences.

Mr Raine, 28, said his program was expecting major milestones in 2015, including the release of a smartphone application and the sign-up of its 50,000th member.

He said the federal funding announced by Health Minister Peter Dutton was a game-changer for the not-for-profit social enterprise and would help it develop further services for people with health issues related to alcohol consumption.

“It shows the Government believes in what we’re doing and sees the long-term value of investing in an evidence-based startup that’s using new technologies to help Australians change the way we drink,” Mr Raine said.

The former Caloundra resident, who now runs the charity with five staff in Sydney, is also using new skills he gained last year at Britain’s historic Oxford University, where he graduated with a Master of Business Administration.

He said studying an MBA at Oxford, with the assistance of a Skoll Scholarship worth £50,000 – one of only five awarded each year to social entrepreneurs around the world, was the realisation of a dream.

“It was an incredible year, surrounded by such history. The course was very intense and financially focused. I joined the Oxford Union debating society and got to have lunch with John Nash (Nobel Prize winning mathematician who was the subject of the 2001 movie ‘A Beautiful Mind’).”

Mr Raine was Queensland’s 2012 Young Australian of the Year for his work with Hello Sunday Morning, which he founded the year after he finished his USC degree.

“Our measure of success is getting people to sign up and take three months or more off drinking,” he said. “To date we’ve had 38,137 people take the challenge. Those who complete the program report a reduction in consumption and harms by over 40 percent.”

Mr Raine, who was recognised at the 2011 USC Outstanding Alumni of the Year Awards, said his experience on campus at Sippy Downs had transformed his life, particularly due to supportive staff and inspiring lecturers.

He remains involved at the University, recently attending a mental health forum and working with the board of the proposed Queensland Mind and Neuroscience Institute.

“I would like to see Australia have the best mental health system in the world,” he said.