Smelly, noisy and messy, Australia’s native white ibis is a bird with a bad reputation. Now a research project in Moreton Bay is trying to better understand how these ‘bin chickens’ breed, feed and move around urban areas – and if rubbish tips are the key to their survival.

University of the Sunshine Coast researchers are working with Moreton Bay Regional Council to capture and tag up to 500 individual birds. Some will also be equipped with GPS devices to track their movements.

Residents and visitors are asked to play their part by reporting any sightings of ibis with bright pink or blue tags via a free citizen science app ‘Big City Birds’. They can even choose a name for the bird.

Lead researcher, Dr Dominique Potvin says it is part of a larger UniSC project that will use blood samples and other measurements in the hope the much-maligned birds, also known as ‘dump ducks’ and ‘tip turkeys’, will give up more secrets.

If there was a gold medal in the bird kingdom for adaptability the Ibis would be a serious contender. Once found in inland wetlands, this protected species is now a bold, opportunistic scavenger who has taken over urban streets, parks and rubbish dumps.

“The Australian white ibis is a common species across cities and towns all over Australia, with dense numbers occupying urban centres, however, almost nothing is known about how it is affected by different environmental variables,” Dr Potvin said.

Focusing on the Moreton Bay region, the researchers are looking at what affects ibis colony size, genetic diversity, bloodlines and the general health of the birds.

Over the next year, the research team will visit over 30 documented breeding sites across the region once every two months to collect observational survey data including number of nests, eggs, juveniles and adults at each colony site.

“Breeding and feeding sites for Australian white ibis occur within densely populated human centres, creating or magnifying potential conflict between the birds and the community due to their colony noise, smell and the damage that they cause to local vegetation,” she said.

“We want to find out what is the optimal breeding habitat for these birds, and where do these occur in the Moreton Bay region,” Dr Potvin said.

“Are Australian white ibis in the Moreton Bay region residential or mitigatory, and what are the population demographics and meta-population dynamics?

“Do the birds breed in the same locations year after year, what is the reproductive rate at different sites and are rubbish tips really are the key to their survival in the urban landscape.”

Mayor Peter Flannery said this research would help Council to manage ibis numbers in urban areas and find out more about how they’ve managed to adapt so well to their changing environment.

“The ibis has become affectionately known as the ‘bin chicken’ for their ability to essentially survive and thrive off urban food sources,” he said.

“While there is a beauty in all things, their numbers have grown rapidly in urban areas, earning themselves a title of being a nuisance for residents and workers.

“The work we’re doing with the help of the University of the Sunshine Coast could become world-leading research to help manage their numbers in urban areas and offer some insight into how we can better protect their natural habitat.

“I urge locals to help contribute to the research by taking photos of the local ibis population when you’re out and about and uploading them to the free Big City Birds app.” 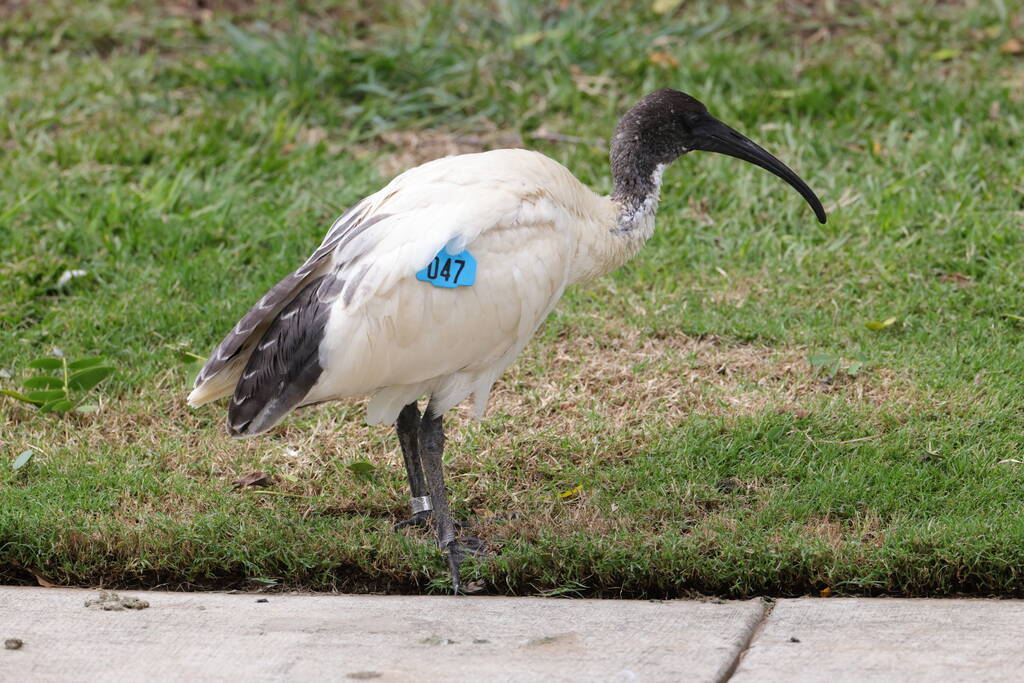