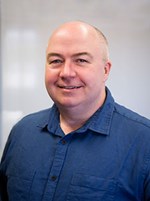 Professor Harvey obtained his PhD in Natural Sciences (Biochemistry) from the University of Cambridge and carried out postdoctoral studies at the Institute for Cell biology and Clinical Neurobiology in Hamburg and the Max-Planck-Institute for Brain Research in Frankfurt. Prior to his appointment at USC, he was Professor of Molecular Neuroscience and Genetics at the UCL School of Pharmacy (London, UK). He was also Associate Director for Research, Chair of Research Committee and Research Excellence Framework Impact co-ordinator. He also served on several Departmental and Faculty committees including: the Athena Swan Committee, the UCL Open Access Academic Advisory Group and the UCL Faculty of Life Sciences Senior Management group. In 2017, he relocated to the University of the Sunshine Coast, and now runs a research group at the Sunshine Coast Health Institute. He is Professor of Pathophysiology and member of the USC Research Committee and USC Science in Australia Gender Equity (SAGE) SAT team. Professor Harvey is also currently the Co-Editor in Chief of the open access journal Frontiers in Molecular Neuroscience.